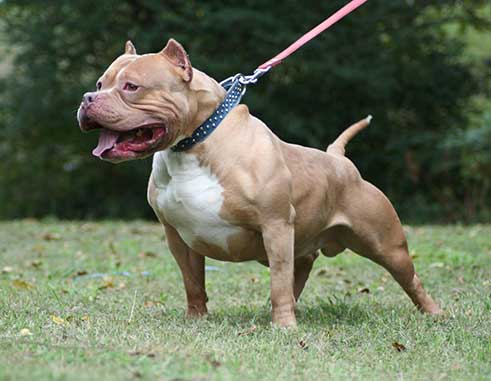 ST. GEORGE’S, Grenada, CMC – Grenadian authorities say they are cracking down on people involved in breeding dangerous dogs warning that violators of the Dangerous Dogs Act could be jailed for six months as well as having to pay a maximum fine of EC$10,000 .

“The dangerous dogs legislation came into effect since 2002 and a clause was included to stop the breeding of dangerous dogs in Grenada. It therefore means that there should be no puppies or young dogs and we are seeing a proliferation of young dangerous dogs among homeowners,” said Kenny James, Senior Environmental Health Officer.

“Those persons who are breeding dangerous dogs are violating the law and we are not enforcing one clause in the law and not enforcing another clause. We intend to enforce the legislation and this means also cracking down on the breeders of these dogs,” said James, adding that no individual or entity has been granted a license to breed dangerous dogs here.

“What we have are persons who are just breeding these dogs and they are selling them to whoever want one to buy but the law is clear about breeding dangerous dogs,” he said.

Under the law, a person convicted of illegally breeding dangerous dogs faces a maximum fine of EC$10,000 and or serves six months in jail.

James said that the intention of the legislation was to eliminate dangerous dogs on the island, in particular pit bulls because they are the most common.

“There are other dangerous dogs listed in the law, the pit bulls are the most common in Grenada and they are very dangerous to humans and it’s for that reason the regulations provide for certain pre-requisites for owners to obtain a license,” he said.

Among the pre conditions for having such dogs include a warning of “dangerous dog” affixed to the place of residence or property and that these animals must be kept under proper control. Properties are also to be securely fenced and owners must be in possession of an insurance policy of no less than EC$250,000.

Last week, police and Vector Control workers from the Ministry of Health conducted a joint operation in the south of the island, cracking down on illegal owners of dangerous dogs. They seized eight pit bulls and James said that the owners have been given time to meet the necessary conditions for having such dogs.

According to official government data, there were more than 100 reported `dog-related injuries in 2016. So far this year, one man was hospitalised while others were treated after being attackes by dangerous dogs.

Among the latest victims were Senator Peter David and his grandson who were attacked by a pit bull.