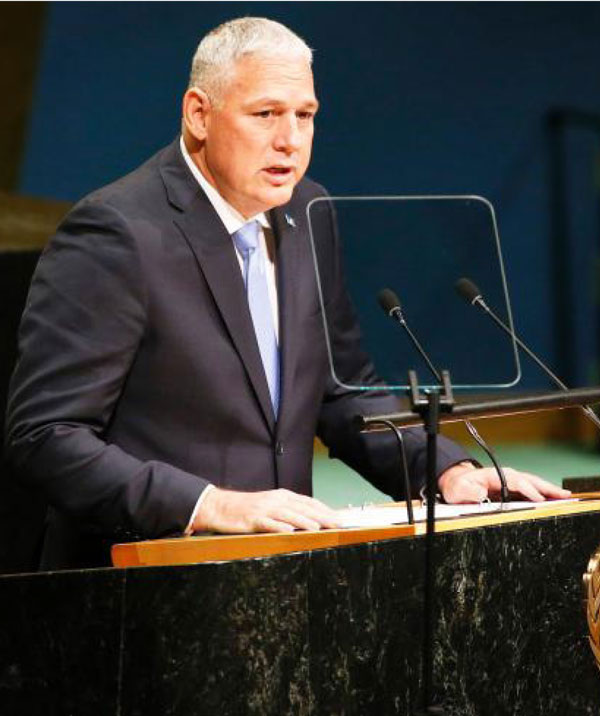 REGIONAL growth was the central theme when the second phase of the Caribbean Growth Forum (CGF) was launched in Saint Lucia on Thursday.

The two-day event ended yesterday and was held at the Financial Administration Centre at Pointe Seraphine, brought together government ministers, World Bank officials and other stakeholders from the public and private sectors.

The main focus of the meeting was to discuss a new approach to track progress made in advancing reforms identified through the CGF in the areas of investment climate, skills and productivity, and logistics and connectivity.

Prime Minister Allen Chastanet delivered the keynote address on Thursday, lamenting the past three years of negative growth in Saint Lucia. He added that despite some significant gains being made regionally, those gains were not enough to improve the quality of life for citizens.

In the context of Saint Lucia, he said comparatively higher electricity rates, the country’s limited physical capacity and high cost of labour often factors that prove Saint Lucia uncompetitive to other destinations.

Chastanet said education remains an important cog in the wheel of development, citing an example where a hotel development had to import as much as 50% of its workers because Saint Lucians were unskilled for some posts. He said a closer embrace of capacity, utilization, productivity and competitiveness need to become the norm in every sector for any real development to take place.

The Prime Minister said government was working fervently towards re-engineering the public sector with a reliance on modern technology so as to improve productivity. Government, he said, will also work closely with the private sector and include the latter in any decision that can impact the country’s development.

“The single most important decision that we make is the commitment to deliver,” Chastanet said. “We have to be able to double the GDP (Gross Domestic Product) in 10 years. It’s not about politics, people, but of survival. There’s absolutely no way that Saint Lucia can improve the quality of life for the citizens of this country with a billion-dollar budget. (It can) never happen because we have been running a deficit budget consecutively and borrowing money to pay for expenditure.”

Deputy Governor of the Eastern Caribbean Central Bank (ECCB), Trevor Brathwaite, also spoke at Thursday morning’s opening ceremony, saying that the Bank remains committed to advancing any area of development that adds value to the region.

“The Central Bank is quite interested in matters with respect to growth,” Brathwaite said. “The primary reason for this is that it’s one of our mandates (which allows us) to use our resources consistent with our other objectives such as financial, monitoring and exchange stability to promote growth in our region.”

Brathwaite said that among the CDB’s interested is that any level of growth can lead to increased employment, which the region needs urgently to stem a myriad of problems, including the breakdown of the family structure and crime.

“There’s serious unemployment among our youth across the region — as high as 40-45%. That’s a significant percentage and it requires us to do something. How do we do that? We must be able to facilitate the growing of our economies,” he explained.

He added: “Our estimate is that if we maintained consistent growth of 5% over 10 years we would be able to double our per capita income. So we need to see how we can reach that target set by the Central Bank (because) that’s the only way we can maintain our economies.”

Increased employment via economic growth, Brathwaite said, would also result in better resourced communities. However, he stressed the need for citizens to play their part in resuscitating their economies by working hard and not simply depend on international donors to cure their financial woes.

“We are a mature citizenry (and) we need to take our responsibilities seriously. We need to make sure that all of us can make a contribution to the destiny of our citizens. That is our obligation at the end of the day,” Brathwaite explained.

Brathwaite said the Central Bank’s guidelines allow it to use its resources to provide funding activities that can spur economic growth. He said that while the Bank’s primary goal is to maintain currency stability, financing such activities is often viewed as a depletion of the Bank’s reserves. However, he argued that a balance can be struck by using some resources to finance such activities without destabilizing the currency.

“If we funded some aspects of economic growth in our territories, particularly export-oriented industries, we would earn foreign exchange. So whatever resources we would have used in providing support, we would gain back from the sale of those exports.”

Brathwaite said that with regional growth and promotion being a great part of the Bank’s former Governor, Sir Dwight Venner’s legacy, every endeavour will be made to ensure that the late Governor’s vision remains relevant and the work is continued.