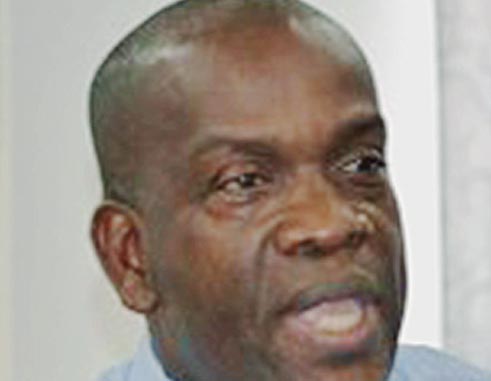 BRIDGETOWN, Barbados, CMC – Antigua and Barbuda Prime Minister Gaston Browne has defended the Citizenship by Investment (CIP) programme in his country dismissing a popular United States television programme that sought to portray the CIP in the Caribbean as an avenue for terrorists and other criminals to obtain passports to travel freely throughout the world.

“So what are we supposed to do? Sit back and do nothing? You tell me,” Prime Minister Browne told the CBS programme “60 Minutes” aired on Sunday night, insisting that Caribbean countries have put in place the relevant stringent measures to ensure the CIP is truly an investment strategy for regional countries.

But the CBS programme, which indicated that the three-year old CIP in Antigua has prevented the government from defaulting on its international loans and has turned the economy around, has led to a war of words in Dominica between Opposition Leader Lennox Linton, who also appeared on the CBS programme and prominent attorney Senior Counsel Anthony Astaphan.

Linton has said he will seek legal advice over the criticism leveled at him by Astaphan who described Linton’s statements on the programme as a” malicious campaign to destroy Dominica”.

CBS said Antigua and Barbuda ‘also claims to have the strictest programme in the Caribbean” and Prime Minister Browne said anyone applying for citizenship under the CIP has to be on the island in person.

“Our law provides for them to spend at least five days here,” he said, adding “we have made sure at least there must be some face to face contact so we know who these people are.

“We are looking for high network individuals. People who are stablished, business people who are well known and to make sure we get the crème de la crème,” Browne told the programme.

Apart from Antigua and Barbuda, other Caribbean countries with CIP programmes are St. Kitts-Nevis, Dominica and St. Lucia.

Under the CIP, Caribbean countries allow for citizenship in their country if the foreign investor makes a significant contribution to the socio-economic development of the countries.

Prime Minister Browne acknowledged during the programme that his country has received applications under the CIP from nationals in Syria where a relative of the Syrian President Bashar al-Assad is the island’s representative.

”We have had applications from Syria,” Prime Minister Browne told the CBS programme, adding “Syria is one of the areas in which we have had some concerns but did not place it on a restricted list.”

CBS quoted Prime Minister Browne as acknowledging that instability breeds opportunity and that besides Syria, nationals from Iran, Pakistan, Libya have benefitted from the CIP.

He dismissed a programme in Dubai under which a developer is promising Antigua and Barbuda passports to buyers of a condo project.

“You don’t believe that,” Browne asked his interviewer, saying “that is not so.