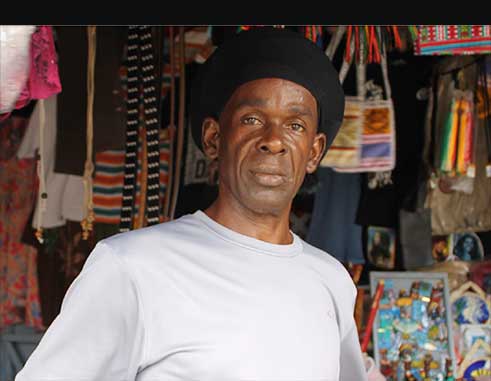 Say It’s Not The Right Time.

ARCADE vendors in Castries are asking on the Castries Constituency Council (CCC) not to introduce the value added tax to their monthly rental fee which is $120. 00 as this would be going against an exemption they say was given to them by the previous government.

The Council recently informed vendors that the monthly rental of booths at the arcade would be moved to $138 as a result of a sales tax effective this month. This was the first time vendors were being billed by the Council hence the introduction of the sales tax.

President of the Vendors Association, Peter “RasIpa” Isaac said that the sales tax is VAT in disguise and urges the Council not to introduce it at this time.

“We definitely are not prepared for that, things are slow. The tourists are coming but they are not really spending. It is not really the right time to do something like that,” Isaac said, referring to the introduction of the tax.

Vendors, Isaac said, are dead set against the tax the primary reason being the exemption granted them by the previous government when the tax was introduced in 2012.

“When VAT was introduced in Saint Lucia we (vendors) were exempted, the government deliberately exempted us. We are micro business persons and this would be too much of a headache for us, for them (Council) to put VAT on our rental. The government has never made an attempt to put VAT on us,” Isaac said.

According to Isaac the Council and the executive of the Vendors Association should have met to discuss the tax first before its implementation. He believes that a period of time should have been given to vendors to prepare them.

“I think the time is not the right time for the sales tax. Its implementation now is ill advised based on the time,” Isaac said, adding that vendors are incensed about the tax and will forward a petition to the Council calling on it to delay implementation.

“Vendors are still saying that the Council must first meet with the executive of the Vendors Association on matters pertaining to them,” Isaac added.

“You have a situation where vendors have accumulated arrears up to a large amount on their rent. Do you think that imposing VAT on them, which will increase their rent will reduce the arrears? This will make them accumulate even more arrears,” Isaac said.

The Council has admitted that vendors owe over $500,000 in arrears. And according to Town Clerk Vaughan Louis-Fernand the Council has had a discussion on introducing an amnesty for defaulting vendors, but so far this has only been talk. Details have yet to be worked out.

Isaac wants the Council to collect its rent from vendors on a weekly basis rather than monthly as this would be easier for the vendors. He believes that monthly collections led to many vendors going into arrears.

The Council is now re-registering vendors of the arcade, something Isaac has no problems with. Louis-Fernand said that this is necessary because vendors sublet their booths, sometimes to more than one person. Further, some vendors have moved on while others occupy booths that were not made for them. Isaac said that vendors are not averse to the re-registration process.