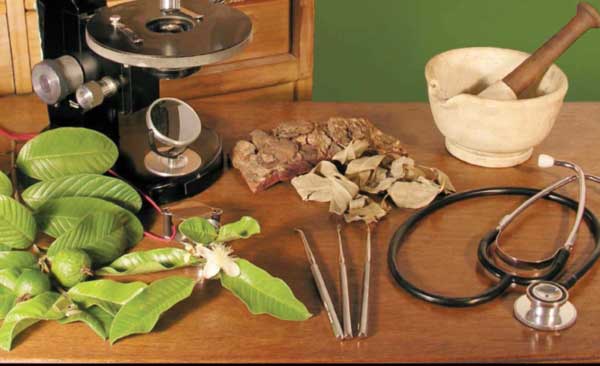 TRADITIONAL medicine has been handed down from generation to generation. It is firmly rooted in many St. Lucia households for the maintenance of health as well as in the prevention, diagnosis, improvement or treatment of physical and mental illness. But there has been tension between traditional and conventional medicine with the medical community taking sides.

“The tension was conventional doctors would say, there is no science behind it. Sa sébagay jean bitasyon.”

Minister for Health and Wellness, Senator Mary Isaac sought to bridge this gap by convening a meeting of representatives from both traditional and conventional practices alongside a representative of the Brazilian Government, who indicated that Brazil has long ago embraced traditional medicines and has been producing various products for export.

Said Isaac: “We believe that it is good for us to try to come together and see what natural resources we have on island that we can utilize in our health care system. We know that a lot of countries are moving towards traditional medicine and there is money in it to be made. There are also health benefits to be derived. So, we ought also to do the research, start to improve our health care institutions so that we can embrace that sort of thinking.”

Ricardo Bonilla who represented the Government of Brazil expressed his optimism that once there is political will he sees no reason why some of the traditional medicines used in St. Lucia cannot be used in Brazil.

He said: “Today we had Dr. (Stephen) King representing traditional medicine and Dr. (Gilbertha) St. Rose representing the other side. So, if you have the two of them working together traditional and conventional. And it’s the same thing you can also see in Brazil and Brazil is very much interested in collaborating on this initiative.”

Laurent Jn Pierre is an Ethnobotanist and the Coordinator of TRAMIL which stand for Traditional Medicines of the Islands Project. Its mission is to validate scientifically the traditional uses of medicinal plants for primary health care. He said:

“Thirty years with TRAMIL, a group of scientist around the Caribbean and Latin America we’ve been researching with scientific rigour the bio chemistry of these plants so we can know whether they are toxic and we can sort of standardize, say, how many leaves to use and so on. We are not running away from the traditional but we are incorporating the traditional knowledge what we call the knowledge of the savan into the primary healthcare. And one of the ways we’ve been doing that apart from the science is to propose to bring medicinal gardens into the hospital grounds, so that doctors can identify the plants themselves with the literature that will be associated with it.”

Dermatologist and General Practitioner, Dr.Gilbertha St. Rose calls herself an integrationist having fully embraced the practical and scientific use of both traditional and conventional medicines. She indicated that public education in the use of traditional medicine will be more consistent now that the Minister for Health and her Ministry has moved close to embracing the concept.

The Minister for Health aims to generate greater dialogue within the medical community and the public on the use of traditional medicines.