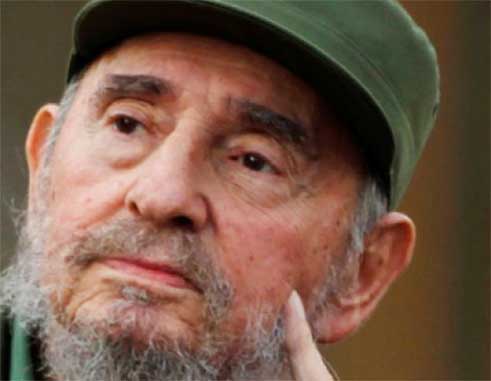 HAVANA, Cuba, CMC – Cuban President Raul Castro has vowed to honour the socialist principles and goals of the Cuban revolution that was led by his brother, Fidel Castro, who died on November 25 at the age of 90.

In an address to tens of thousands of Cubans and world leaders in the city of Santiago on Saturday, the president , who led final tributes to his brother also said Cuba would ban naming any monuments or roads after the late leader – and this was at his request.

“The leader of the revolution strongly opposed any manifestation of cult of personality…. no statues or busts of Fidel will be erected in Cuba.”

According to the president, a law banning such homages will be presented to the National Assembly when it meets later this month.

The remains of Fidel Castro, who died 10 years after he stepped down and handed power to his younger brother, was entombed on Sunday morning close to the remains of Cuba’s independence hero Jose Marti, concluding nine days of national mourning.

His funeral took place at the SantaIfigenia cemetery in Santiago de Cuba, the island’s second largest city and site of the beginning of the Cuban Revolution in 1953.

Fidel Castro ruled Cuba as a one-party state for almost half a century and defied the power of the United States and other countries before handing over power to his brother Raul .

Several leaders from across the region were in the Spanish speaking Caribbean island for the funeral.

The Caribbean Community (CARICOM), has had a long-standing relationship with Castro and according to CARICOM Chairman Prime Minister Roosevelt Skerrit of Dominica, the region “will celebrate the life of Fidel Castro” and “ the Caribbean will continue to show and express great solidarity with the Cuban people.”