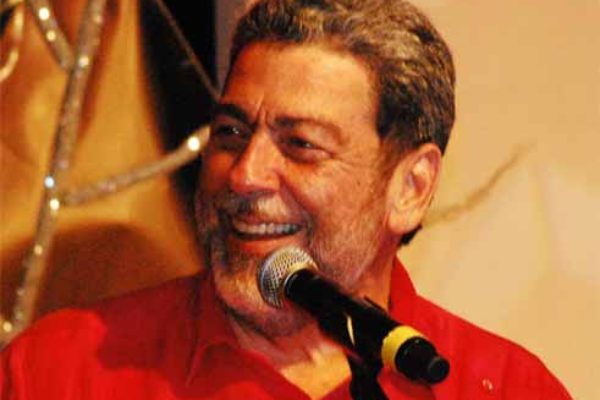 KINGSTOWN, St. Vincent, Dec 2, CMC – More than two weeks after four people were killed alleged by an 18-year-old youth, Prime Minister Dr. Ralph Gonsalves has broken his silence on the matter. He told reporters that while he could not comment on the November 13 incident in which the four people, including a mother and her son, were killed by the youth, who has a history of mental illness, killing sprees should not be something occurring here. 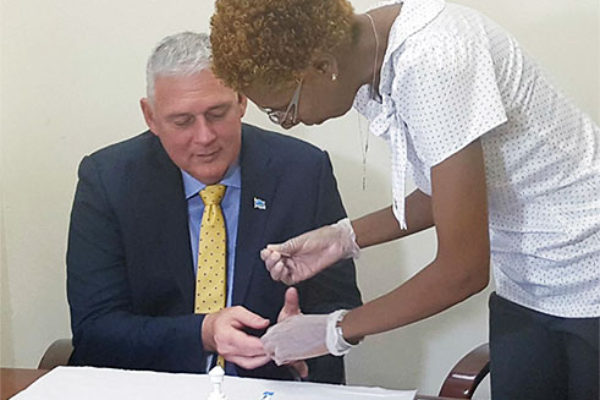 THE Director General of the St. Lucia Red Cross Terrencia Gaillard has expressed concern about the serious lack of education and awareness of the HIV/AIDS that continues to claim thousands of lives across the globe. Gaillard spoke exclusively to The VOICE, expressing her dismay and frustration over the glaring fact that the topic of HIV/AIDS has seemingly become a dormant issue to the respective bodies and institutions charged with disseminating information and educating the masses about it.. 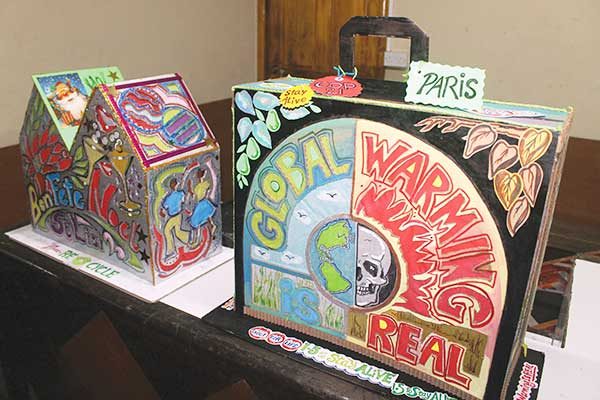 THE month of December is here which means that the Cultural Development Foundation is making final preparations for the festivals which form part of the annual end of year celebrations. The December Festivals are a series of three traditional and historical events which bring Saint Lucians together in the spirit of community through the showcasing of artistic creativity, with light at the core; the Lantern Festival, the Festival of Carols and the Festival of Light. 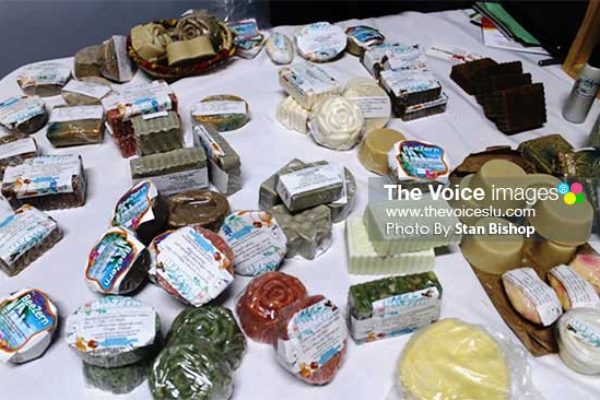 IN the dictionary, the definition of the word “ingenuity” is “the quality of being clever, original, and inventive, often in the process of applying ideas to solve problems or meet challenges”. It is a word that has influenced pioneers throughout history, leading them to invent things that have made our lives more comfortable and livable. 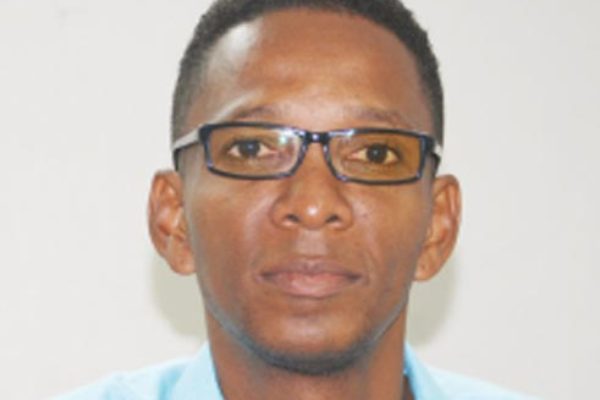 I have absolutely no problem waiting my turn in line as protocol dictates. However, I seriously have a problem when it seems that my time is frivolously squandered away by those to whom I as a customer depend on for service. Even worse is when I have a million things to do in a short space of time. 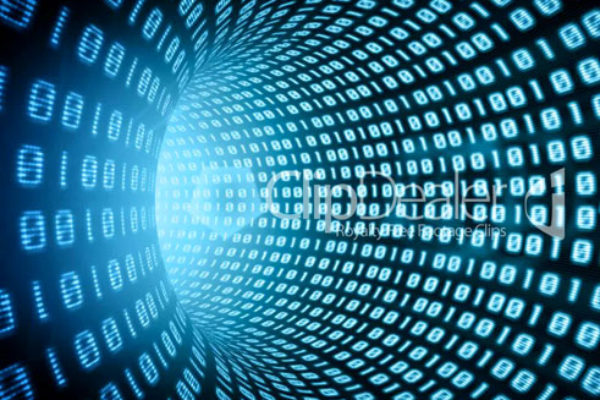 IT was surprising to watch the televised obituaries a few days ago, partly because there seemed no pause between one deceased person’s information before the next obituary started. While it was useful to have the obituaries shown in quick succession, it seemed too quick, even jarring to the senses. Definitely disrespectful to the dearly departed! Although the local TV station could be forgiven for shaving the time between successive obituaries, it raises the issue of appropriate speed. Specifically, when is speed not enough, and other factors should affect the display of information. 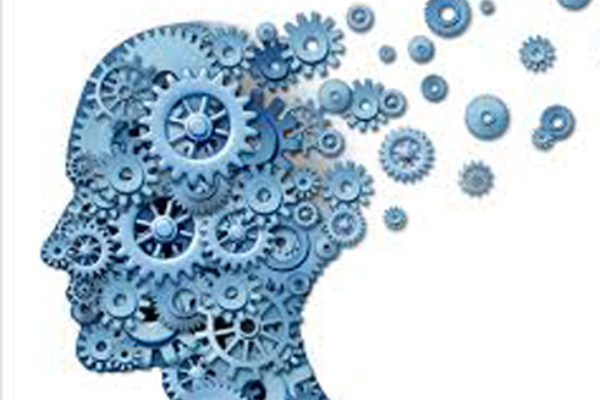 Q: REGINA, tell me, how many people in St. Lucia actually have Alzheimer’s or this dementia? A: I do not know. However there was a prevalence study in 2010 that had a projected calculation in 2013 of approximately over 1600 persons in St Lucia were living with dementia. This is just counting persons over 65 years of age. This is not including people younger than 65 that are living with the condition or people that are not diagnosed and yet living with the condition. 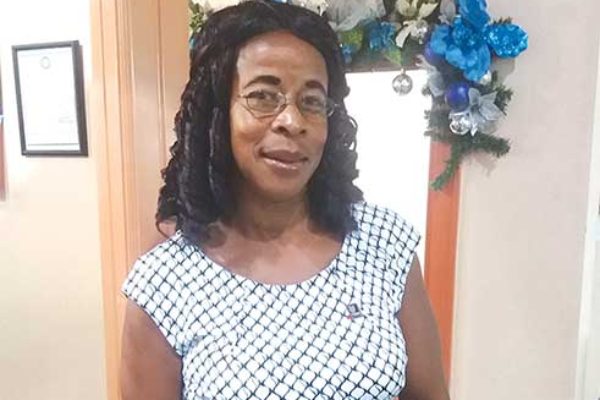 THERE are many difficult jobs in this world, and the list is seemingly never-ending; however, I think it is inarguable to say that looking after tiny tots is one of the toughest jobs there is. Today’s FITC, Ruby Baptiste is the Administrator of the Ciceron Daycare Centre and has been for just over one year; however, she almost let fear stop her from grabbing the opportunity to do what she loves. 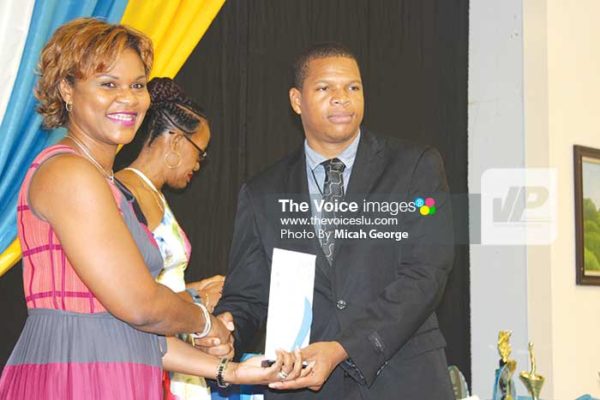 THE annual week of activities for the Royal Saint Lucia Police Force ended last Sunday with an awards ceremony dinner. The event was a shining moment for the management of the police force which took time to show off the exemplary work of some of its members, units and even police stations. 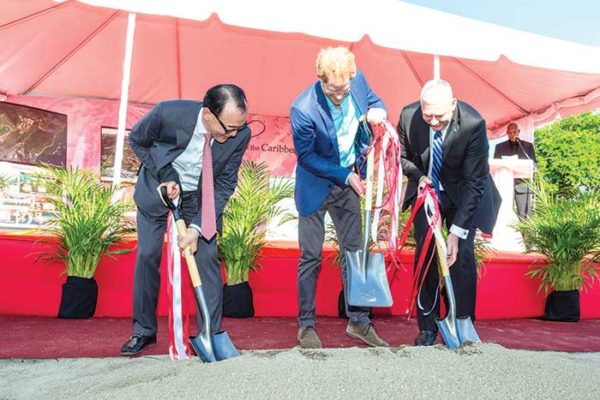 SAINT LUCIA is poised for significant advances in its tourism product and business environment thanks to the “Pearl of the Caribbean” project which is expected to commence construction in 2017. The southern-based project, estimated to cost about US$2.6 billion, is a fully integrated equestrian oriented development which will encompass the Royal Saint Lucia Turf Club and its expected world class horse racing, and related entertainment, leisure and accommodation amenities. 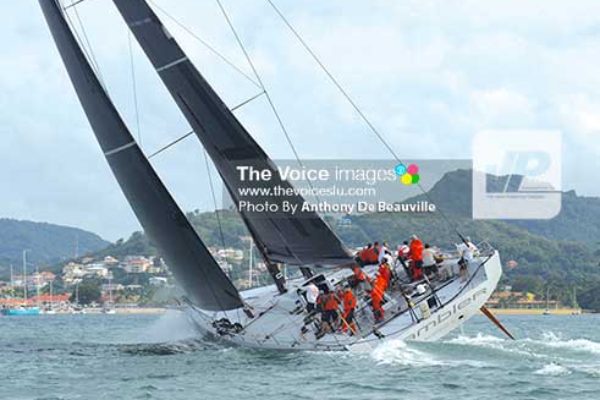 RAMBLER 88 has broken the Atlantic Rally for Cruisers (ARC) course record with a time of 8 days, 6 hours, 29 minutes and 15 seconds. This is the fourth consecutive year the record has been broken; with Caro (2013), Leopard (2014) and Brunel (2015) being the previous record-breakers. 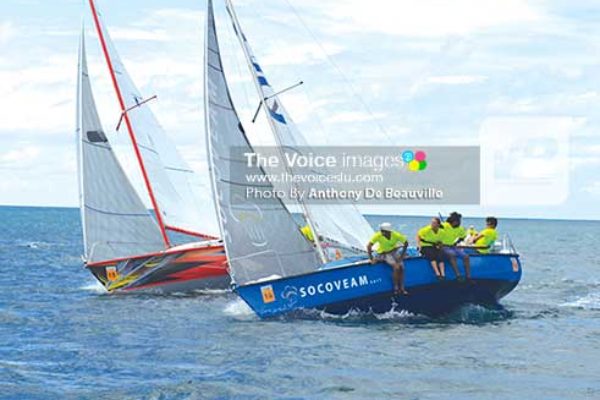 THE Digicel Mango Bowl Regatta hosted by the Saint Lucia Yacht Club brought over 150 sailors to Saint Lucia this past weekend. Blessed once more with beautiful weather and great racing conditions in Rodney Bay, the 5th annual event has been dubbed as “fantastic” despite an accident just off the Le Sport Hotel involving “Ten Seven” and “Leonora”. 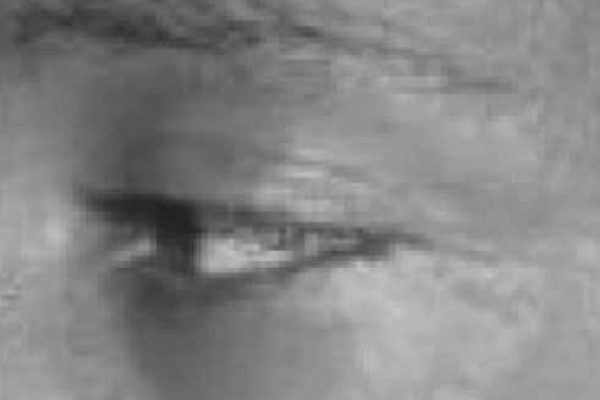 SOME people’s mentality is “anything for money”, a lot like the demagogy of politicians who would say anything to win an election. “Let’s make Saint Lucia great again.” “We will within the first hundred days in office, effect a reduction in VAT toward its eventual elimination.” 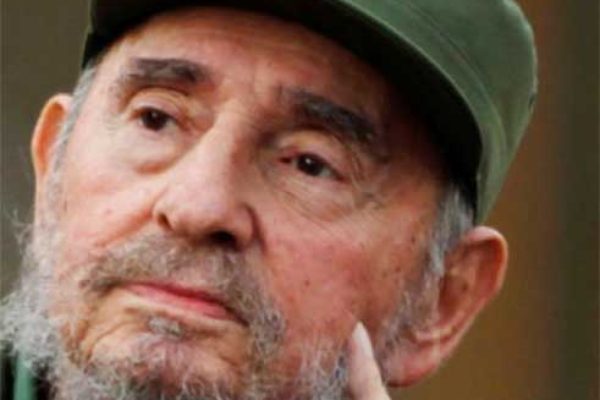 EVEN in the worst times, some of the best lessons in life must not find us missing them. Quite often whenever constructive criticism is given, one gets the impression that such criticism must be based solely on highlighting the negative. Sadly, the positives often go unnoticed — or worse – unrecognized… 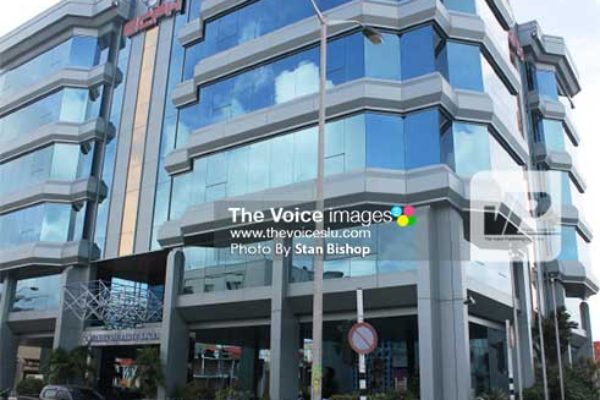 THE St. Lucia government says it is exploring its options as it seeks to help the Bank of St. Lucia (BOSL) deal with an estimated EC$300 million in accumulated bad loans. But Opposition Leader Phillip J. Pierre is urging the government to be careful in its statements about the financial institution, which he said in the past had recorded healthy profits. 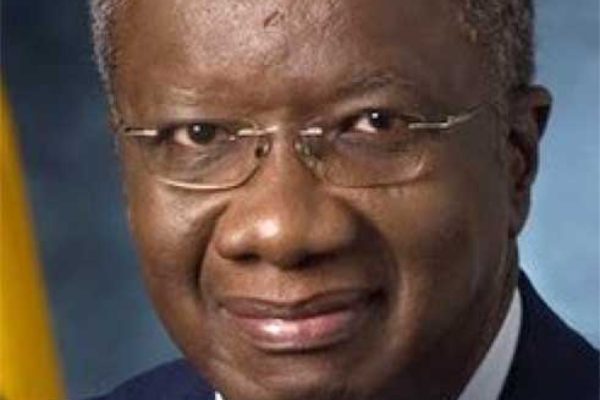 BRIDGETOWN, Barbados, Nov 30, CMC – Barbados is celebrating the 50th anniversary of its political independence from Britain despite the inclement weather that has forced the postponement or cancellation of some of the activities to mark the occasion. Britain’s Prince Harry, who arrived here on Tuesday, is the highest profile guest for the celebrations that includes the “Reveal of the 50th Anniversary of Independence National Monument “at the famous Garrison Savannah later on Wednesday night. 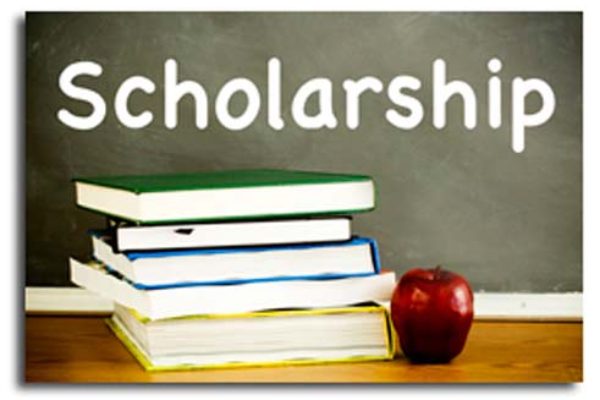 ST. GEORGE’S, Grenada, Nov 30, CMC – At least nine Caribbean nationals working in the hospitality sector will have an opportunity to experience working in Buckingham Palace next year under a new initiative announced by Britain’s Prince Harry, who is now winding up a 15-day visit to the Caribbean. 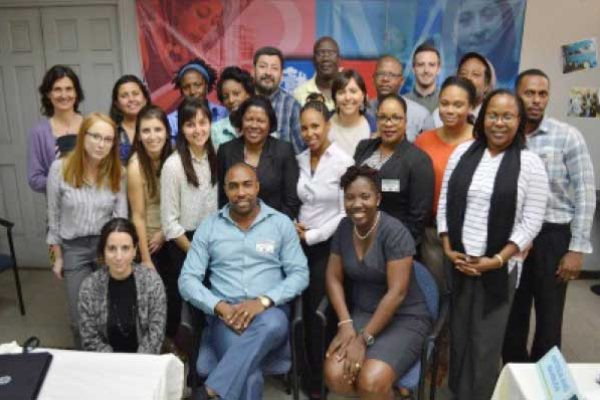 A 13-MEMBER delegation from the Organissation of Eastern Caribbean States (OECS) has ended a study tour to Chile as part of the Multi-Dimensional Approaches to Poverty Eradication initiative. The delegation was hosted by Chile’s Ministry of Foreign Affairs, through the Agency for International Cooperation and Development (AGCID) and the Ministry of Social Development through the Solidarity and Social Investment Fund (FOSIS). 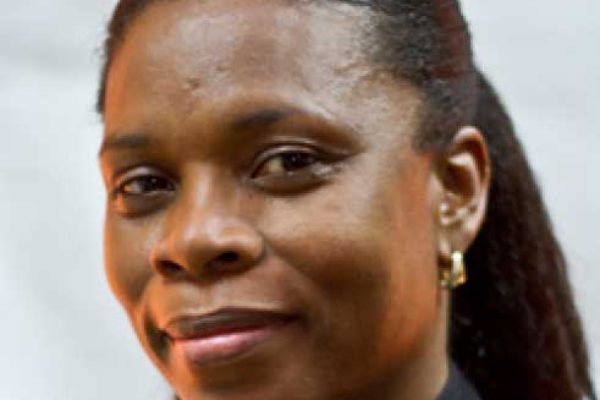 THE month of November was a vibrant one for the local business sector as a number of activities were held as part of Business Month. The initiative was organized by The Department of Commerce, International Trade, Investment, Enterprise Development and Consumer Affairs in conjunction with the Trade and Export Promotion Agency (TEPA) and a number of other sponsors. 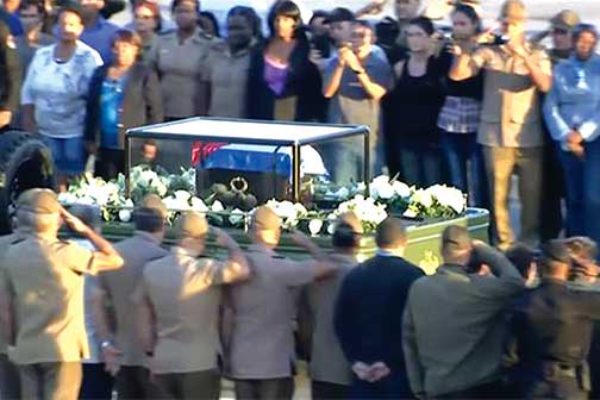 HAVANA (AFP) – The ashes of Fidel Castro began a four-day journey across Cuba Wednesday to his final resting place, retracing the late communist leader’s revolution victory tour of 1959. The “caravan of freedom” will leave from Havana, making symbolic stops along the 950-kilometer (590-mile) trek that will end in the eastern city of Santiago de Cuba over the weekend.