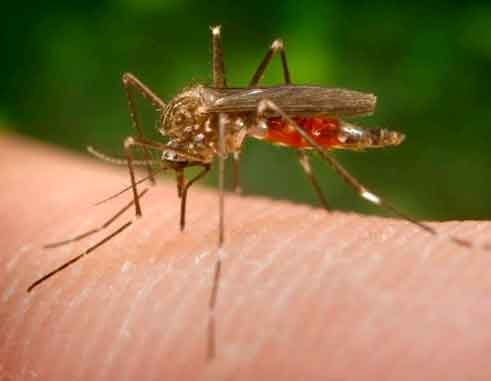 NEW concerns about the impact of the Zika virus in St Lucia were raised yesterday in a statement from the Ministry of Health which announced “heightened surveillance” of pregnant women confirmed with the disease.

The Ministry said presently, it is monitoring 50 pregnant women who have tested positive for the Zika Virus Disease. All of the pregnant women confirmed so far have recovered from the illness. However, given the concerns regarding pregnancy outcomes in Zika positive pregnant women, they are being monitored closely through antenatal care services.

During this year of 2016, Saint Lucia has recorded five microcephaly cases. The first four cases were not known to be associated with the Zika Virus Disease. The Epidemiology Department received notification of a live born male infant on Friday December 9, 2016 who was diagnosed with microcephaly.

The Ministry said as of this past Monday, the mother and infant were receiving care at the hospital. It said it was presently investigating to determine whether there was a link to microcephaly.

“We have recorded a total of four Guillan Barre cases for 2016, not known to be associated with the Zika Virus”, the Ministry said.

Zika Virus Disease is transmitted mainly by mosquitoes but the Ministry said recent information from global public health authorities had confirmed that the disease can also be transmitted sexually. Zika virus infection can also be passed from mother to child during pregnancy. Though generally mild, the disease has been shown to cause serious complications (such as microcephaly) in some new-borns of infected mothers and Guillain Barre Syndrome in a few persons who have recently been infected with the Zika Virus.

In the context of the present Zika outbreak, the Ministry encouraged women of child bearing age to utilize contraceptives in order to prevent ‘unintended’ pregnancies. It said contraceptives were available at all Wellness Centres within communities’ island-wide, as well as at the Saint Lucia Planned Parenthood Association and health related facilities within the private sector.

Said the Ministry: “Women who plan to become pregnant at this time are encouraged to take all measures to prevent themselves from being bitten by mosquitoes, and thereby, decrease their risk of becoming infected with the Zika Virus Disease. The Ministry of Health and Wellness has received a donation of bed-nets from the Pan American Health Organization which will be donated to women at all antenatal clinics at the Wellness Centers”.

The Ministry of Health and Wellness in conjunction with partners in health, tourism, public and private sectors and civil society groups continues to engage in a number of initiatives to decrease the impact of Zika Virus Disease on the population. It said these measures include but were not limited to: increased surveillance system for Zika Virus and its complications, health education and promotion to the public, health care worker training both local and regional, strengthening of primary and secondary health care system to manage the increase in cases and prepare for possible complications, extensive island-wide clean-up campaigns with support from community groups, extensive inter ministry stakeholder consultations, antenatal clinical strengthening, environmental health strengthening to include “fogging”, increased awareness by collaboration with Ministry of Education for the school poster competition, participation in regional initiatives such “Vector Awareness Week” with the OECS and “Mosquito Awareness Week” with CARPHA and PAHO and continuous consultations with regional public health partners.

The Zika Virus Disease is spread predominantly by mosquitoes, particularly those which breed in and around households. Therefore, individuals and members of their households are important in the ongoing national efforts to reduce the transmission of Zika. This can be achieved by householders conducting weekly inspections of their premises, both inside and outside, to identify and remove any items which can hold water thereby increasing the possibility of mosquito breeding.

The Ministry of Health also reminded the public that personal protection to avoid mosquito bites is an effective prevention strategy to reduce the spread of the disease.

“By wearing long, light coloured clothing and using mosquito repellents as recommended by the manufacturers and use of mosquito screens and nets, the chances of being exposed to the Zika virus can be minimized”, it said.