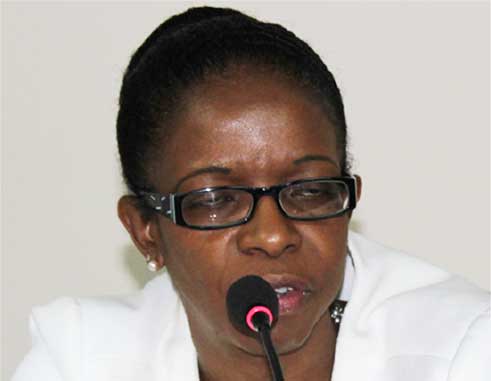 HEAD of Development Co-operation and Resource Organization, at the OECS Commission Beverly Best has hailed the INTERREG Programme that was launched in St. Lucia earlier this week as an opportunity for the people of the sub-region to take advantage of and partner with their neighbouring French counterparts on various projects.

“The programme is focused in such a way in that there is a focus on the OECS (Organization of Eastern Caribbean States) in terms of an integration between Martinique, Guadeloupe and the OECS countries,” Best said, noting that more than 50 percent of the programme’s resources are geared towards that.

The INTERREG Caribbean Programme, based in Basse Terre, Guadeloupe is a series of five projects which offer stakeholders in the French Overseas Departments of Guadeloupe, Martinique and French Guyana, as well as the French Overseas Collectivity of Saint Martin, the opportunity to develop and implement ‘win-win projects’ by partnering with their neighbours in the region. The programme is funded by the European Regional Development Fund. The first programme started in 1989. INTERREG IV covered the period 2007 – 2013 while the V, which was launched on Monday will run for the period 2014 – 2020.

An official document from INTERREG states that the main objective of the 2014-2020 programme is to strengthen Caribbean partnerships by ‘strengthening the economic competitiveness of the greater Caribbean, respond to common challenges of environmental and health issues and promote the joint cultural heritage of the region’.

According to organizers of the three day conference in St. Lucia, that ended Wednesday, the Caribbean V Programme is also to accommodate the desire of the OECS to become more involved in the governance of the INTERREG Caribbean Programme.

The INTERREG Caribbean V Programme benefits from a budget of 86 million euros of which 64.2 million euros come from the European Regional Development Fund to support the projects to be covered by the programme in need of the French Overseas Departments and Territories.

Prime Minister Allen Chastanet attended the final day of the conference and called for greater ties with French islands in the region.

“We must recognize that in this region while we all have influences of larger international countries, the solutions to our problems have to come from this region. It is us that know what our problems are and it is for us to be able to design that solution,’ Chastanet said.