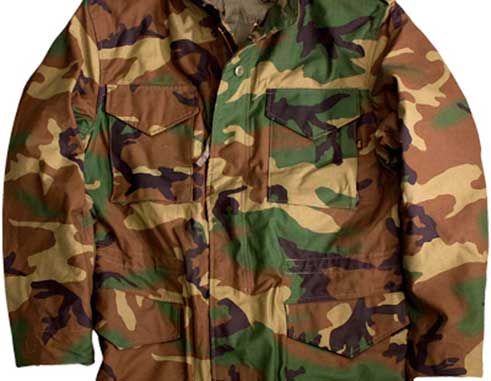 ST. GEORGE’S, Grenada, Dec 7, CMC – Grenada police have raided a number of business places here confiscating military type clothing and warning against its importation as well as “explosive” fireworks during the Christmas Season.

Head of the Community Relations of the Police Force, Sylvan McIntyre, said that as part of the operations, “all things’ illegal will be seized.

“We are targeting anything that is illegal, we are cracking down on all things illegal, it’s not just the camouflage clothing but also firecrackers and other illegal explosives such as flare guns,” he said.

McIntyre explained that all importers, retailers, and the general public should be aware that it is an offence to import, sell or deal in military uniforms without permission from the relevant authority.

“A fisherman for example needs to get the required permission from the police to operate and discharge a flare gun even if it’s part of his safety kit. And that authority is the Royal Grenada Police Force, permission must be sought to use them and anyone who have them in their position must first obtain permission,” he said.

According to Chapter 194A, Section 3, subsection (2) of the Military Uniform (Prohibition) Act No. 9 of the Revised Laws of Grenada 2000, “no person shall import, trade, sell or deal in military uniforms or decorations except with the approval of the Minister.”

The Act also forbids the wearing of military uniform and states “no person other than an authorised person shall wear any military uniform or any clothing having the appearance of or bearing any of the regimental or other distinctive marks of any such uniforms.”

On Tuesday, police, accompanied by Customs officials, raided a number of stores in the eastern town of Grenville and seized a number of clothing items.

“Sometimes, these things escape the Customs officers at the port of entry and they are put up for sale. Whatever we get on streets we will seize them and we will also search the stores,” said Raymond Matthew, who is in charge of the Eastern Division.
It’s an offence to bring into Grenada any military uniform or any of the patterned materials commonly used for making military uniforms. The penalty on conviction is EC$10,000 (One EC dollar =US$0.37 cents).