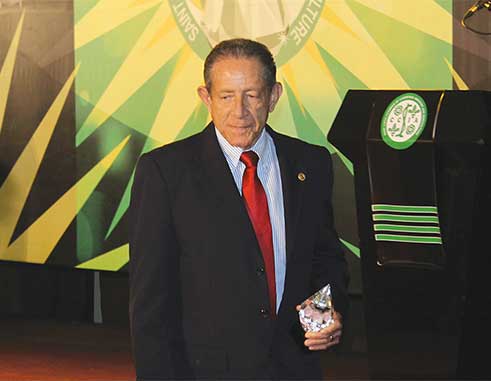 PRIME MINISTER Allen M. Chastanet has extended condolences on behalf of his government to the family and friends of Mr. Christopher Renwick, who passed away on Saturday. Renwick was the founder and Managing Director of Renwick & Company Limited.

Said Chastanet: “Chris Renwick truly embodied the entrepreneurial spirit as evidenced in the success story that is Renwick & Company which he founded 50 years ago. He built a company which has contributed in a major way to the development of Saint Lucia whilst at the same time always giving back to the Saint Lucian community. His passing is a huge loss for the business community and our condolences go out also to the Rotary Club, the Chamber of Commerce and of course the Management and Staff of Renwick and Company.”

The Prime Minister went on to state that “Renwick & Company is an institution in Saint Lucia which has weathered the fluctuations of the business sector and shown resilience throughout the years, which is a testament to his business acumen.”

“Mr. Renwick will always be remembered as a gentle giant and a man who was always devoted to his family, his company, his staff and the society at large,” said Prime Minister Chastanet. “Through his efforts and business savvy, Renwick & Company remains one of the most respected businesses in the private sector and Mr. Renwick’s drive and passion will never be forgotten.”

In 2008 Mr. Renwick was awarded Officer of the British Empire (O.B.E.) and in 2015 the St Lucia Chamber of Commerce, Industry and Agriculture recognized him with a Lifetime Achievement Award.