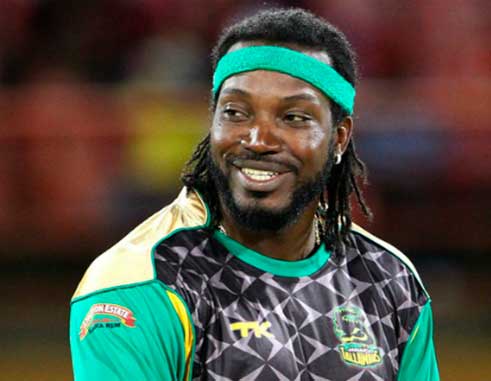 BASSETERRE, St. Kitts, Dec 15, CMC – St. Kitts Patriots announced on Thursday their stunning acquisition of Twenty20 batting sensation Chris Gayle from the Jamaica Tallawahs for the next season of the Caribbean Premier League.

The transfer means that the talismanic left-handed opener has cut ties with the Tallawahs, the CPL franchise based in his native Jamaica, which he has twice led to the title, including last year.

It is a move that is likely to shift the balance of power in the fledgling T20 league and gives the Patriots the competitive edge they have lacked since they replaced the Antigua Hawksbills in the league two years ago.

There was no hint that such a seismic shift was about to happen, as Gayle was essentially billed as the heart and soul of the Tallawahs over the previous four seasons, and he expressed his gratitude to the franchise for the support it had given him over the last four years.

“I am a proud Jamaican and I loved representing the Tallawahs,” said Gayle. “I would like to thank the owners and management who have been brilliant to work with, my team-mates who always gave me 100 per cent support, and of course, the Jamaican fans who made Sabina Park such a special home ground for me.”

Gayle is the biggest box office draw in the shortest version of the game, with his 9,777 runs for West Indies, Tallawahs, Royal Challengers Bangalore in the Indian Premier League and other teams around the World, the most of any player in the format.

“Moving to St. Kitts is a move which hugely excites me at this time,” he said. “As with all franchise leagues, there is always the opportunity to move from one team to another and I am looking forwards to joining the Patriots for the upcoming season.”

No doubt his move to the self-titled “Sugar City” of Basseterre, the capital of island federation of St. Kitts & Nevis, has the owners of the Patriots cock-a-hoop.

“We are overjoyed to have Gayle join the franchise,” said UdayNayak, part owner and team principal of the Patriots. “I would like to welcome one of the World’s greatest batsmen to the Patriots squad for the forthcoming CPL season. This is a transfer I am certain will capture the imagination of our many fans in St. Kitts, the Caribbean and beyond.

“Chris’ record is phenomenal, not just in the West Indies, but across the cricketing world. He has a reputation that is revered everywhere and is the kind of player who will drive our team forward.

“This is one of the biggest transfers in CPL history and I know from speaking with Chris that he is motivated to do well for his new franchise. Success has followed Chris throughout his career and we as owners will give him and the team our full support to achieve similar success for the Patriots in 2017.”

The next CPL season is scheduled for between June and August next year.