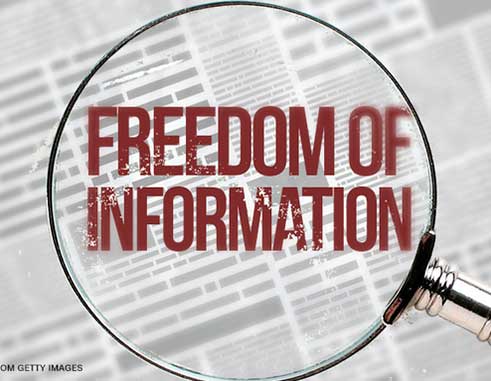 TWO of the regular contributors to the columns of this newspaper have raised the matter of a Freedom of Information Act for St Lucia, in their separate articles this week. We welcome the suggestions since they are in line with our own thinking, voiced as recently as last month, about the need for information to be made available to our citizens so as to help them enlighten themselves about issues facing the country.

The debate that is beginning to develop about the proposed multi billion dollar development for Vieux Fort in the wake of the apparent “leaking” of the agreement governing the project, along with the claims and counter claims by the two political parties about the integrity of the project, is the latest reminder of the need for a Freedom of Information legislation in St Lucia.

As far as we are aware, several Caribbean Community countries have already enacted such legislation including Antigua and Barbuda, Belize, Guyana, Jamaica, St Vincent and the Grenadines, Trinidad and Tobago, while several other countries, including St Lucia, have draft laws pending.

In fact, the draft St Lucia bill goes back to the year 2011. Shortly after it was published, a consultation in which the media was invited to meet with the government’s consultants on the draft was held, although participation by the media left a lot to be desired. The fact that it is usually the media that makes noises about its right to access information—especially government information—should not be interpreted to mean that the media alone has a right to such information. As a matter of fact the draft emphasizes very clearly that access to information is “an individual right”, and not a special privilege of any particular group.

As we intimated earlier, the intention of such legislation is all about public accountability which has been in short supply in our country for some time. The draft states that the object of the bill is to “promote maximum disclosure of information in the public interest, to guarantee the right of everyone to access to information, to provide for effective mechanisms to ensure that right……”

To say that this legislation is long overdue in St Lucia is an understatement, although some of the media people who attended the consultation referred to earlier, while welcoming the move, were nevertheless apprehensive about the effectiveness of the measure when enacted into law, given the culture of partisanship politics that is so entrenched in our society. This often results in party hacks, strategically positioned, making things very difficult for any inquiring journalist or member of the public.

Still, and as we have said repeatedly, we are now in an era in St Lucia when more and more our people are demanding accountability from public figures, especially the details of agreements entered into on their behalf by their government. The Opposition Labour Party is now telling us that it never broached the issue of Desert Star with the public because it was “not comfortable” with certain clauses in the agreement, presumably up to the time of the June elections. Unfortunately for the party, it had a reputation while in office, for keeping the public in the dark about some of its dealings, the Grynberg oil agreement, the Juffali affair come readily to mind.

The ruling party too needs to be aware of the prevailing disposition in the public domain and the demand of the people to be informed. This demand is for honest, open and accountable government as essential pillars of true democracy.