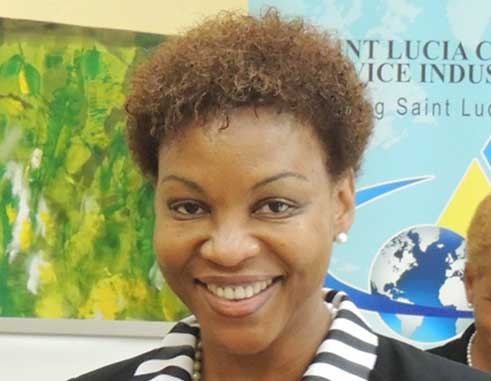 CHAIRPERSON of the Tourist Board, Agnes Francis has denied reports that employees have been dismissed to make way for the new tourism entity the board is transitioning into called the Tourism Authority.

Francis, who took over the day to day operations of the Tourist Board after the unexpected resignations of its director Louis Lewis and his deputy Tracey Warner-Arnold two months ago, admitted that none of the staff had been terminated.

Reports of Tourist Board staff being sent home, more than a score of them, have been circulating in certain circles purporting to have come from the Civil Service Association (CSA), bargaining agents for most staff members.

We were unable to confirm this with the CSA prior to press time. However, Francis noted that while staff will be terminated since the Tourist Board will be dismantled to be replaced by the new entity, the process will be transparent and staff will not be ill-treated.

“We have followed the guidelines outlined in the Labour Code. We have written to both the Labour Commissioner and the Civil Service Association, which is the trade union that represents some or most of the staff of the Tourist Board.

“We have spoken to the staff on a number of occasions, updating them continually on what is going on. We have had free and fair dialogue. We will adhere to all the conditions under the Labour Code and the union agreement in terms of the termination of staff,” Francis said.

To underscore the point that staff will not be neglected Francis said jobs which will be available under the new entity will be open to the terminated employees.

“They will be given priority,” she said also adding that she will ensure that staff members get compensated in the correct way.

The CSA and the Tourist Board have not yet dialogue on the displacement staff will undergo pretty shortly. However, Francis said her side is ready and waiting to meet the employees bargaining agent and that she would like the meeting to have as little impact as possible on staff.

Meanwhile the process of transitioning from the Tourist Board to the Tourism Authority is about to happen.

“As it is now we are in the process of undertaking that transition,” Francis said, also declaring that the legislation which will legitimize the entity is on the way.

“Draft legislation has been submitted to the Prime Minister and the Tourism Minister for review,” she said, adding that it will be a model for all statutory corporations.