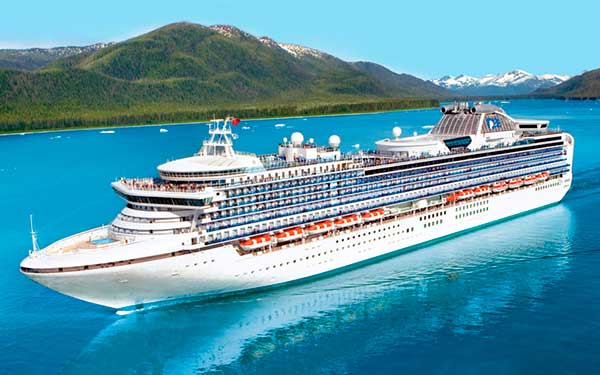 WASHINGTON, CMC – The United States Department of Justice (DOJ) says a Caribbean cruise line has agreed to plead guilty to seven felony charges stemming from its deliberate pollution of the seas and intentional acts to cover it up.

The plea agreement was announced last Thursday by Assistant Attorney General John C. Cruden for the DOJ’s Environment and Natural Resources Division and US Attorney Wifredo A. Ferrer for the Southern District of Florida in Miami, Florida.

Princess, headquartered in Santa Clarita, California, is a subsidiary of Carnival Corporation (Carnival), which owns and operates multiple cruise lines and collectively comprises the world’s largest cruise company. Carnival is headquartered in Miami.

The ECP will require independent audits by an outside entity and a court appointed monitor.

The investigation was initiated after information was provided to the US Coast Guard by the British Maritime and Coastguard Agency (MCA) indicating that a newly hired engineer on the Caribbean Princess reported that a so-called “magic pipe” had been used on August 23, 2013, to illegally discharge oily waste off the coast of England.

It’s reported that the whistle blowing engineer quit his position when the ship reached Southampton, England.

It was also reported that the chief engineer and the senior first engineer ordered a cover-up, including removal of the magic pipe and directing subordinates to lie.

The MCA shared evidence with the US Coast Guard, including before and after photos of the bypass used to make the discharge and showing its disappearance, the DOJ said.

It said the US Coast Guard conducted an examination of the Caribbean Princess on its arrival in New York City, on September 14, 2013, “during which certain crew members continued to lie in accordance with orders they had received from Princess employees.” According to papers filed in court, the Caribbean Princess had been making illegal discharges through bypass equipment since 2005, one year after the ship began operations.

The discharge on August 26, 2013, involved about 4,227 gallons, 23 miles off the coast of England within the country’s Exclusive Economic Zone, the DOJ said.

At the same time as the discharge, it said engineers simultaneously ran clean seawater through the ship’s overboard equipment in order to create a false digital record for a legitimate discharge.

The DOJ said Caribbean Princess used multiple methods over the course of time to pollute the seas.