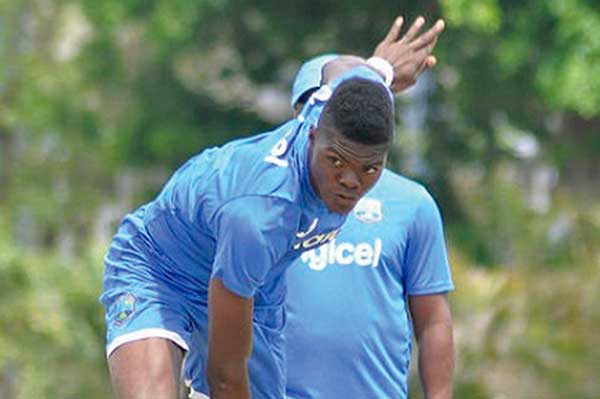 BASSETERRE, St Kitts, Dec 5, CMC – Test fast bowler Alzarri Joseph is set to make his first appearance in the Regional Four-Day Championship after being named in the Leeward Islands Hurricanes 13-man squad for next weekend’s fourth round game against Windward Islands Volcanoes.

The 20-year-old has replaced seamer Quinton Boatswain and is the only change to the squad from the last round against Trinidad and Tobago Red Force.

Joseph, who has played two Tests and two One-Day Internationals, has been unavailable ever since returning home from the tour against Pakistan in the United Arab Emirates.

His presence, however, will be a boost to the Hurricanes bowling attack which has so far revolved around off-spinner Rahkeem Cornwall.

Hurricanes, who have struggled badly in recent campaigns, have made a strong start to the season and lie third on 29.4 points, behind leaders Guyana Jaguars on 33.6 points and the second placed Barbados Pride on 33.4.

They are one of two unbeaten teams along with Pride.

Out-of-favour West Indies opener Kieran Powell will continue to lead the side with Cornwall as his deputy.

Hurricanes take on Volcanoes at Windsor Park in Dominica.