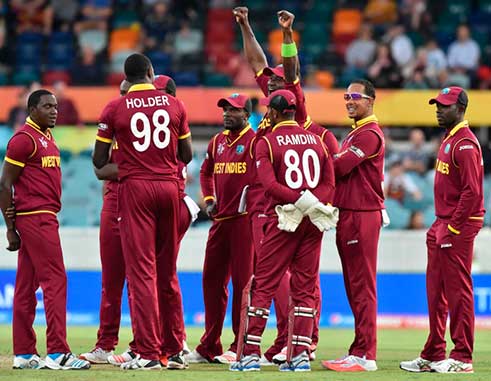 West Indies were swept 3-0 by Pakistan last month and have now lost 12 of their last 16 games in the last four bilateral series. They were good enough to reach the final of the Tri-Nations Series against Australia and South Africa in the Caribbean earlier this year, but lost to the Aussies.

“I think it is a situation where we need to come together as a team. We’ve struggled in the last few one-day series in terms of batting the 50 overs and that is one area we have addressed,” Holder said ahead of his side’s first game on Wednesday.

“In terms of the bowling, we need to be a lot better in the first power-play and then we have to close in the last 10 overs. Those are the significant areas we have paid some attention to.

“I think once we do that and we string some big partnerships [together] – in the past I think we have found ourselves getting a lot of starts but not carrying on – we leave less for the middle and lower order to do.”

West Indies open their campaign on Wednesday against Sri Lanka before taking on the hosts on Saturday in their second outing.

Last year, the Caribbean side suffered a 3-0 whitewash away to the Sri Lankans and Holder said they were expecting a strong challenge from them again, along with a tough showing from Zimbabwe.

“It’s going to be tough. Obviously they are two good teams. Sri Lanka play good cricket and obviously are of a higher rank than us and Zimbabwe have a point to prove,” the all-rounder explained.