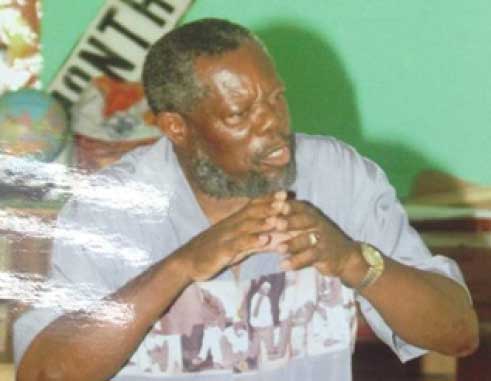 THE Saint Lucia National Cricket Association has paid tribute to the former cricket administrator Rudy John of Laborie who passed away last month and was buried during the week.

John’s involvement in cricket began in the late 1960s after he developed a keen interest in the development and sustenance of community cricket clubs in his village of Laborie where he worked as a teacher.

He invested precious time in the formulation, promotion and strenthenining of the club structure in Laborie and worked closely with his rural community associates such as Agapitus Dolcy, Laurie Auguste and Rudy Lubin to intensify the promotion of cricket clubs in Laborie. He was also instrumental in the formation of the Laborie Cricket Association as an active counterpart of the emerging Outdistricts Cricket Association ably led by the late Charles Augustin.

As interest for the organization of inter-club cricket in Vieux Fort, Micoud, Mon Repos, Soufriere and Gros Islet intensified and became popular under the banner of the Outdistricts Cricket Association, youthful and enthusiastic cricket activists seized this opportunity to expand their interest in the promotion of inter-club cricket in the various rural districts. What was quite commendable about John, though, was his ceaseless devotion to this cause and how he was able to attract other notable community patriots in the successful pursuit and inplementation of this commendable sporting venture.

With the resurgence of a progressive community attitude in the promotion of viable and intense inter-club cricket rivalry within the rural district, Minister for Sport and Social Affairs in the mid-1970s, Mrs. Heraldine Rock, introduced a bill in the House of Assembly to make the sport of cricket “national” and to give birth to the formation of the Saint Lucia National Cricket Association.

After the formation of the Association, John continued to work tirelessly for the successful completion of Laborie’s annual domestic cricket competitions and the achievement of the title of champions of the existing National Inter-District Cricket Competitions being bestowed on the cricket team from Laborie.

Not being satisfied with his personal successes at the domestic level in Laborie, he opted to serve as the first Vice President of the S.L.N.C.A. for several years and Chairman and member of the senior selection committee. Before this, he pursued a similar role as an active member and subsequent Chairman of the National Youth Selection Committee. He also served as a local umpire who continuously officiated at fixtures of district inter-club competitions and national inter-district competions.

Secondly, Rudy John, for three consecutive years, served as a phenomenal executive member who ensured the successful organization and completion of the annual Benson and Hedges inter-club tournament which involved the participation of 48 cricket clubs from 12 sporting districts on the island.

As a Mathematics graduate from the University of the West Indies, he utilized his intellectual resources to share his valuable expertise to develop and plan the reputable and highly successful national cricket lottery organized by the Windward Islands Cricket Board of Control in the mid-1980s. This lottery was a tremendous financial success and enabled the Board to fund the annual Windward Senior and Junior cricket tournaments and to meet the expenses of overseas cricket attachments in England during the eighties.