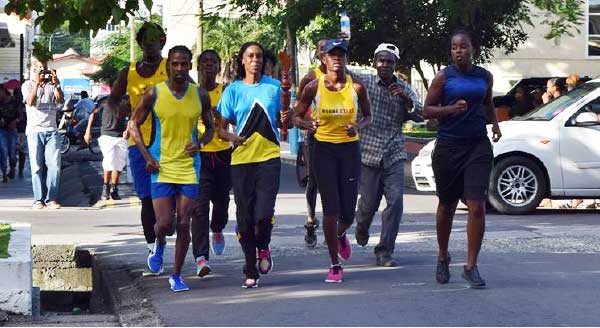 IT was a scene of excitement in the streets of Castries on Saturday afternoon when national and club athletes headed by three-time Olympian, Levern Spencer led the charge in a youth relay, passing the reparations baton that culminated in a youth rally at the Derek Walcott Square.

The relay began at The Sab Playing Facility, and continued to La Clery, Chaussee Road, Leslie Land, Riverside Road, Brazil Street, Bridge Street, and then into the Square.

The anchor leg of the race was of course run by Spencer, a Central American and Caribbean and 2015 PanAm Games women’s High Jump champion.