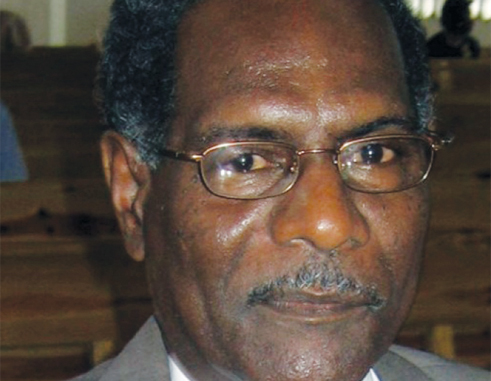 SIR VAUGHAN Lewis, the first Director General of the Organisation of Eastern Caribbean States (OECS) is the featured personality in the fifth programme of the television documentary series, the OECS: The Founders which continues on Monday November 21 at 9:00 p.m on the National Television Network (NTN).

In the programme, Sir Vaughan recalls what led him to leave his Professorship at the University of the West Indies to take up the position of Director General of the OECS and reflects on his tenure office and the major events which shaped the OECS during that period. Sir Vaughan served as Director General of the OECS from 1982 until he demitted office in 1996 to enter politics in St. Lucia and succeed Sir John Compton as Prime Minister of the country from 1996-1997.

The OECS Founders series was commissioned in observance of the 35th anniversary of the OECS on June 18 this year and is produced and presented by Earl Stephen Huntley of the West Indies Media Corporation (WIMEDIA). The programmes air on NTN at 9:00 p.m. on Mondays with rebroadcasts on Tuesdays (9:00 a.m. and 3:00 p.m), Saturdays (8:00 p.m.) and Sundays (12:00 noon and 8:00 p.m).