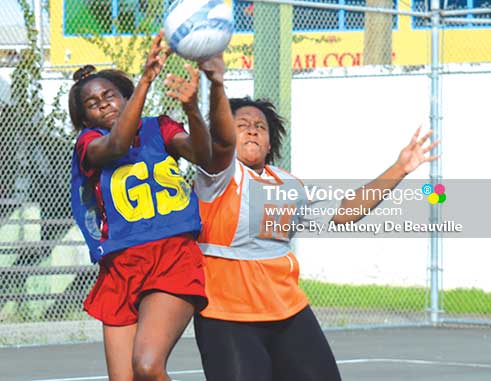 Weather permitting from 2:00 p.m. Sir Ira Simmons Secondary plays Entrepot Secondary on court No.1, while Gros Islet Secondary will come against Corinth Secondary at 2:30 p.m. on court No.2.

The festival will shift into high gear when St. Joseph’s Convent – Egrets plays Bocage Secondary from 3:30 p.m. on court No. 1 and Shamrock will bring the curtains down when they meet Sir Arthur Lewis Community College at 4:15 p.m. on court No. 2.