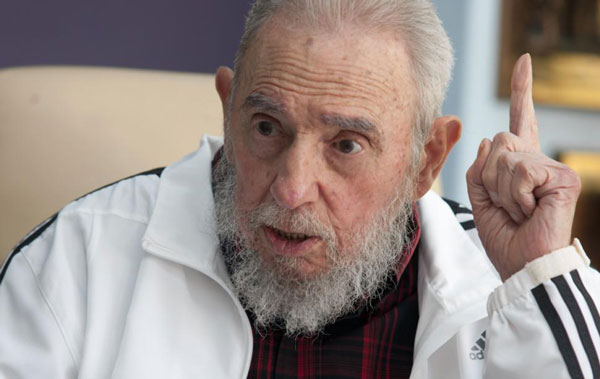 The Prime Minister referred to the former revolutionary leader as “truly remarkable” and an “incredible figure” in world history.

“Former president Fidel Castro will always stand out as an incredible figure in the history of the world and the Caribbean,” said Prime Minister Chastanet. “We must commend his achievements, what he did for his own country and what he has done for the Caribbean in terms of education and healthcare. He was a real revolutionist and whether one agrees with his ideologies or not, you certainly have to appreciate his tenacity. What he has done for Saint Lucia and the rest of the Caribbean is really invaluable.”

The Prime Minister added: “I have already spoken to the Ambassador of Cuba to Saint Lucia this morning to extend our heartfelt sympathy to the nation of Cuba and let the Cuban people know that Saint Lucia stands by their side in this time.”

The Prime Minister says that the Saint Lucian flag will be flown at half mast in recognition of the passing of the former president. He also said that Government will be reaching out to the Opposition in relation to attendance at the funeral service.

Said Prime Minister Chastanet: “I know that former Prime Minister Dr. Kenny Anthony had a special relationship with the former president. I also know that former Prime Minister Stephenson King and other former leaders throughout the Caribbean had a special relationship with the Mr. Castro. I only got to meet the president in a private capacity and never in a public forum and this is something that I regret. At the end of the day, I do recognize what he has achieved and what he has done as truly remarkable, especially when you look at history and the revolution and where he took Cuba. To take on the US the way he did, whether you agree or not, you have to admire those achievements. Again, our deepest sympathies to the people of Cuba and I must express our gratitude for what this revolutionary leader has done for us and the rest of the Caribbean.”

Cuba’s Government has announced that former president Fidel Castro will be interred in a cemetery on December 4, following several days of mourning and a tour of his ashes throughout Cuba.