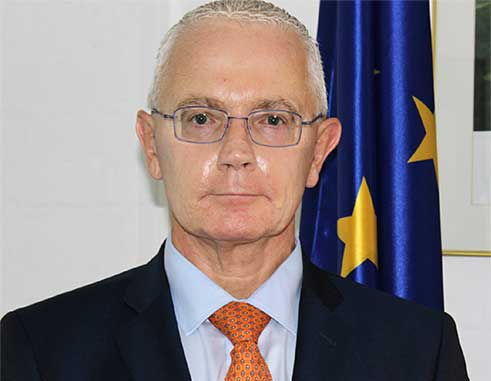 Share this post
FRANCE,yesterday introduced its new ambassador to St. Lucia, Barbados and the Organization of Eastern Caribbean States.

Philippe Ardanaz showed his credentials to Governor General Dame PearletteLouisy and hours later sat with media personnel to explain his focus during his tour here.

Developing the French language in St. Lucia is high on his agenda. He would like to see St. Lucian children get themselves immersed in activities at the Alliance Francaise at Pointe Seraphine, not just to familiarize themselves with the French Language but to learn and study other aspects of the French culture.

Ardanaz will also be focusing on security in the region and improving business between St. Lucia and France, especially with Martinique which is less than 20 miles from St. Lucia. He spoke of the need to develop and explore opportunities between the two countries.

Climate change is also high up on his agenda and he applauded St. Lucia for the role it played at last year’s Conference of Parties in Paris (COP 21) which resulted in commitments from several countries around the world to the Paris Agreement on Climate Change.