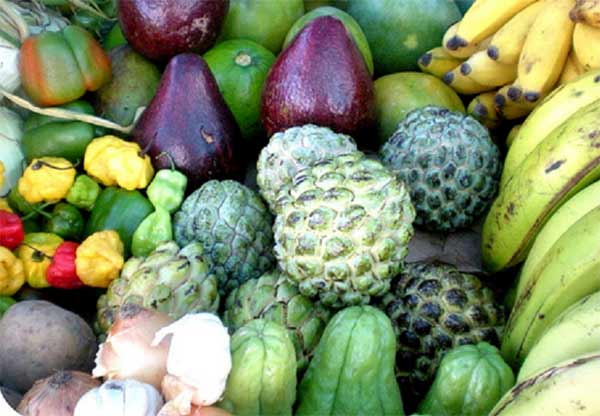 The Ministry of Agriculture, Fisheries, Physical Planning, Natural Resources and Cooperatives, along with the Ministry of Health and Wellness in collaboration with the EU-funded “One Health, One Caribbean, One Love Project” and the Saint Lucia Veterinary Medical Association, will be joining the world to commemorate “World One Health Day” on November 3.

“One Health Day” is an international campaign coordinated to bring attention around the world to the need for One Health interactions. The One Health concept is focused on developing more efficient and effective strategies to address health issues at the human – animal – environment interface. Its foundation is interdisciplinary and aims at minimizing harms and maximizing benefits from the co-management of human, animal and environmental health.

The Saint Lucian team plans to celebrate the first annual One Health Day by hosting a series of talks at different institutions from Monday, October 31 to Friday, November 4. The goal of these lectures is to sensitize the public on One Health and its approach to addressing emerging and re-emerging diseases affecting humans and animals.

THE ROLE OF VETERINARIANS IN ONE HEALTH APPROACH

In the past, the role of Veterinary Public Health was that linked directly with meat hygiene. Within the last couple of years, the global significance of VPH has been intensified due to the emergence of major diseases of which the majority is zoonotic in nature.

It has also been noted that VPH is broader and it continues to expand through the growing needs of society and its many challenges as well as the daily interaction of animals, humans and the environment, the international movement of people, animals and their products, new trends in animal production systems, changing patterns in wildlife populations and climate. These latest trends and developments lend to increased disease surveillance, preparedness and effective approaches for control and prevention of diseases.

In the current era of globalization, the emergence or re-emergence of unexpected sanitary events is accelerating. It is estimated that five new emerging infectious human diseases appear each year, of which three are zoonotic. The recent Ebola epidemic, as well as the too numerous human deaths caused each year by rabies, dreadfully remind us of the strong links existing between the health of people, animals and environment and consequently the need for multi-sectoral approaches illustrated through the ‘One Health’ concept.

Animal-related function is one of the two main functions of veterinarians. Plants are able to absorb and store energy from the sun, but unfortunately some of these plants cannot be consumed directly by man. These plants are thus consumed by animals who later convert this energy to high biological value proteins for human consumption.

To increase the availability of such protein and to prevent malnutrition in humans, veterinarians use their expertise to enhance production systems while controlling animal diseases and protecting the environment.

Animals, due to their position in the food chain, are able to accumulate certain materials more rapidly than humans and, as we share the same environment, they can act as indicators or early warning signs of the presence of disease-causing agents, whether infectious or toxic. This attribute is used on a daily basis by veterinarians to determine environmental hazards, for example, the decision to use sentinel birds after control measures have been implemented for Avian Influenza to determine the effectiveness of the measures and to decide on the ideal time for repopulation. The understanding of these trends emphasizes the importance of VPH.

Controlling zoonotic diseases is another major role of the VPH official who, through epidemiological surveillance, is also able to detect and diagnose in a timely manner the presence of diseases and to effect control methods that are efficient and cost effective. Preventative medicine should be the approach to address those public health emergencies since surveillance and diagnostics will not stop disease outbreaks; they can only identify them.

There has been much concern about the use of antibiotics in food animals due to its potential threat to public health and safety. It is believed that antibiotics if used indiscriminately can cause antimicrobials resistance and certain allergies in humans, especially if the withdrawal periods are not respected. The 1998 guidelines for veterinarians on the prudent use of antibiotics in animals have been developed by the American Veterinary Medical Association (AVMA), and various other veterinarians. These various guidelines strive to provide the best animal care while protecting public health.

Do you know that a wide variety of animals today are kept as companion animals, the majority being dogs and cats? Studies revealed that most pet owners believe that owning pets both enhances their family’s quality of life by minimizing family tension and enhances their owner’s compassion for living things.

Keeping these animals has a profound positive effect on human health. Recently, animals have been used to assist in the treatment of mental illnesses. These animals allow the mentally- challenged individual to accept companionship and responsibility and to re-orient themselves to their environment (FAO, WHO 1975).

Another study showed that children’s levels of distress during physical examinations were lower when a companion animal was present in the room. These methods have also been used in individuals suffering from chronic illnesses to help them overcome depression. Animals today are also trained and used as aids to disabled individuals. It is therefore important that suitable and healthy animals be selected by veterinarians to be used for this venture and a link be maintained to ensure proper care is given to them.

Although pets make a positive contribution to human life, they can also potentially threaten public health.

Veterinarians help in public education on prevention of zoonoses, through proper management of animals (for example, the routine vaccination of pets for zoonotic diseases, such as rabies and leptospirosis), reductions of parasitic burdens that can be transmit to humans (King, 2006).

Biomedical function animals have been used for many decades in biomedical research due to their biological similarity to human beings and their susceptibility to many of the same health problems. Their relatively short life cycle makes it easy for researchers to study the effects of a disease or its treatment throughout their life-span or across future generations. In addition, contrary to humans, the environment around animals (for example, diet, temperature and lighting) can easily be controlled and it is not ethical to deliberately expose human beings to health risks in order to observe the course of a disease.

The control of human diseases through biomedical research has been supported by the veterinary profession for decades. The veterinarian plays a pivotal role not only in the research and formulation of vaccines but also in the management and care of these animals under study. One example of the role of veterinarians in public health is the effective control measures implemented for diseases such as Extra Pulmonary Tuberculosis.

The success of these measures was not only as a result of the early detection, treatment and the development of pasteurization of milk to limit transmission but was extended to the development of BCG vaccines for humans from killed Bovine bacillus bacteria to provide immunity. The development of such a vaccine is not unique as many vaccines have been produced using animals.

Animals have helped scientists study and understand health problems and to ensure safety of the medical treatments. It must be noted that all countries depend on the performance of their National Veterinary Services, in their public and private components, not only to successfully control these diseases, but also to tackle food safety issues and to effectively prevent and control any biological disasters.