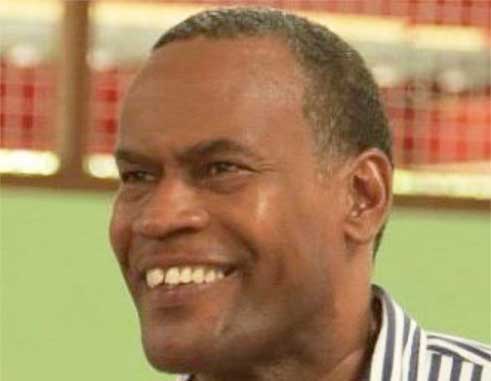 Sorry, but our continuing social issues mean a further week’s delay in the discussion of our economy.

In a normal world, truth would require no defense and we would simply recognize it for what it is. But in St. Lucia today, truth is in question, and we are rapidly approaching a point in our economic and social lives where we are prepared to invent it for our own convenience.

We have reached what some call a tipping point, but even that is a misnomer as it gives the impression of a catastrophic event about to take place, and that is not what is happening to us. We are on a more gentle slope, slipping and sliding happily into a spiritual oblivion where we have no need for truth except for our own invented truisms.

Recently, Mr. Rowan Seon, Principal of St. Mary’s College, has been in the news. First for commenting on the attack on some of his students at the school, and then for commenting on a break-in at the school shortly afterwards. During that break-in two of the school’s security guards were assaulted and suffered serious injuries, one of them requiring hospitalization.

Apparently, in commenting on the break-in at the school and the injuries which the security guards sustained during that event, Mr. Seon became emotional, and thereby committed his offence. Since then he has been on the receiving end of the most severe criticism, criticism that can only serve to have been hurtful to him.

It has to be hurtful, as none of us wishes to be criticized, particularly when it is done publicly. We all cherish our privacy, and even when we hold public office, we would prefer that criticism be directed to the manner in which we discharge the functions entailed by that office. But that is not what has happened to Mr. Seon.

Mr. Seon’s crime is apparently that, while commenting in an emotional manner on the attack at his school, he had not commented in a similar emotional manner on the on-going disintegration of our society, and he had not commented in a similar emotional vein on the rapes and murders and incidents of child abuse which are now occurring in our communities. That is an obvious truth, as we have not heard those public emotional comments from Mr. Seon, but it is also a truth which applies equally to most of us. Why then the public excoriation of Mr. Seon?

Last year, St. Mary’s College celebrated its hundred and twenty-fifth anniversary with a church service and a march around the Derek Walcott Square. Many positive things were said about the longevity of the school and its performance over the years, but we did not see nor did we hear any public outpouring of commendation of Mr. Seon, or of the staff of the College, for the remarkable job that they have been doing. Of course, the College has not achieved perfection, because as it turns out, the culprits responsible for the last break-in and assault are reportedly past students of the school.

But do we ever stop to consider the task that the staff of the College is entrusted with – the formation of our young men, particularly in this harsh and deteriorating social environment? Hardly. Do we ever consider the path which Mr. Seon has walked in his rise to become Principal of the College, and the Leadership which he now demonstrates? Absolutely not. And do we ever consider the dedication and sacrifice of the teachers at the College, and of all of our other schools, who labour to mold young minds? We do not, and we have a ready-made excuse – that’s their job.

We almost take pride in our ability to overlook the obvious, and we do so safely, because there will be no public excoriation of us for doing so. Most of us do little, or nothing, but those who work their fingers to the bone and bare their souls doing so apparently have an added responsibility – to protect us from ourselves.

That protection is sadly necessary because, at the end of the day, after all the accusations have been hurled, Mr. Seon remains a public official. Just what do we expect him to say publicly about the rapes and murders and child abuse? And if he is expected to speak on these things, and not just speak but do so emotionally, shouldn’t he also be expected to comment on the economic conditions that contribute to those evils? And if so, should he then not also be expected to comment on the political leadership of the country that is responsible for those economic conditions?

Now, in our helplessness, we are reduced to demanding that public officials do that which they palpably are not permitted to do given the nature of their employment, in order that we can prove some obvious and verifiable truth. Because, it is true that Mr. Seon did not comment on our social issues. But as a public official, he cannot make meaningful public comment. And while Mr. Seon may be connected to the Catholic Church by virtue of his position as Principal of the College, those of us who do not grace the congregations of the Church with our presence will have no idea of the guidance offered by the Church in respect of the evils which our society faces.

But the Church is an institution, and it has weathered much greater storms than this over the last two thousand years. Mr. Seon, however, is an individual, and in excoriating him for not displaying passion on our social issues similar to that displayed arising from the attack on the institution which he so obviously loves, we are destroying Mr. Seon’s passion for a school and for a job to which he is also obviously dedicated. Now, Mr. Seon knows that when the next attack on the school takes place, and it will happen, it will be safer for him to keep quiet, to say nothing, as that way he can avoid the next attack on his person and maintain peace with himself.

When we destroy the passion in Mr. Seon, we destroy the passion in all of us and reduce ourselves to the safe expression of outrage over incidents that are obviously deserving of outrage. But while they may be safe, those expressions of outrage are as useless as they are banal, all ending in the same demand that the “responsible authorities”, whomever they may be, fix the problem. Instead, we might want to consider asking for respectful dialogue on our issues.

None of us has a solution, as there is no simple or single solution to our ills. And if anyone thinks that we can hire enough policemen or social workers, or build enough courthouses or jails or halfway houses to solve our social issues, then he/she is sadly mistaken. We have only to look at the condition of our neighbours in Trinidad & Tobago to recognize that throwing money at the problem does not provide a solution.

But as it so happens, at the same time that we are engaged in this flagellation of others, Trinidad & Tobago provided us with another teachable moment that we should consider. Having recently launched a carnival band over there, the bandleader found himself under criticism for the portrayal, by one of its sections, of a period of Trinidad’s history. The depiction was accurate, showing the period of slavery, and presented a Caucasian woman in a white dress accompanied by a negro man in three-quarter pants and suspenders together with the hash tag, “#knowyourplace”.

As accurate as the depiction may have been, accompanied by the hash tag as it was it offended a number of persons in Trinidad & Tobago. And so, the seven-time Carnival Band of the Year winner removed the section with this portrayal from his band and issued a sincere apology to all those who may have been offended. Here then is what one commentator, writing in the Trinidad Express of October 30 had to say with respect to that apology:

“The apology did not spend any time justifying the wrong done. It recognized that when we do or say certain things that may be subjectively, or even artistically, justifiable, we cannot always ride roughshod over the hurt that they cause other people.”

Humility is a characteristic that is worthy of emulation by all of us, and it is a precondition for an apology. There is no better method of teaching it than by example, and so we must all now publicly apologize to Mr. Seon for the hurt and humiliation that he has had to endure so needlessly.

That way, when they come for you, there will be someone left to speak for you.