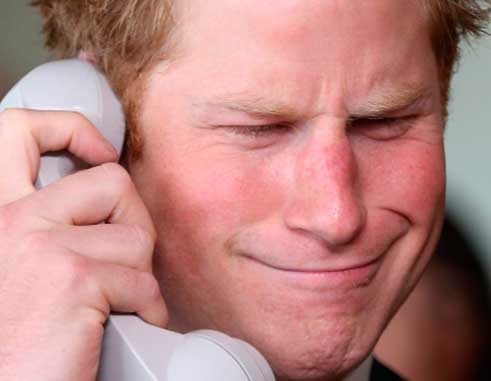 ST. LUCIA’S appreciation of the English Monarchy will be tested today when, Prince Henry of Wales, familiarly known as Prince Harry touches St. Lucian soil to start a short visit.

It is part of a 14 day official engagement in countries of the Caribbean in which the Queen is Sovereign, except Guyana which is a republic but is part pf the Commonwealth of Nations. It is also to mark the occasion of Antigua and Barbuda’s 35th Anniversary of Independence and the 50th for Barbados and Guyana.

Prince Harry will arrive in St. Lucia at 4.45 p.m. to welcoming music from the Royal St. Lucia Police Band at Berth two at Pointe Seraphine in Castries and a military salute, to be followed immediately by a welcome address by Prime Minister Allen Chastanet.

This evening he will attend an official welcome reception hosted by the Governor General, Dame Pearlette Louisy, in the gardens of Government House.

Tomorrow morning at about 9:00 a.m. he will participate in an exhibition cricket match at the Daren Sammy Cricket Ground.

“The two teams will be headed by the Prime Minister and the Prince. We are not sure if they will play the entire match but certainly the first ball and the first bat will be taken by those two personalities,” said Adrian Augier, head of the committee planning the Prince’s visit.

The two sides, which will be made up of past and present government ministers and national cricketers will participate in a six overs a side match.

Following the match, The Prince and the Prime Minister will present medals to their respective teams and exchange signed cricket bats.

From the cricket grounds will then journey on to Pigeon Island, to attend an outdoor exhibition highlighting various conservation projects run by the country’s young people whom he will interact with on a personal level.

“The exhibition is one activity that brings together all of the conscious objectives of the visit, which is to expose community work in St. Lucia that deals with youth, environment, green technology and the disabled and particularly to celebrate countless persons working on the ground in selfless service to country,” Augier said.

A verse written by Poet Laureate Sir Derek Walcott specifically for the occasion will be read by a young person. This poem will find a home at the top of Signal Peak at the park.

“This verse is specifically composed for that site which speaks of the history of St. Lucia and Pigeon Island and the conflicts the island represents in the colourful history of the English and French,” Augier said.

Twenty trees will also be planted representing the 17 constituencies of the country. The three extra tress will be planted by Prince Harry, Dame Pearlette and Prime Minister Chastanet.

“We are going to plant 20 national trees and create a new green feature at Pigeon Island National Park with the idea that there should be a legacy after all is said and done,” Augier.

From Pigeon Island Prince Harry will move to the south of the island to officiate at the sod turning ceremony for the start of the Desert Star Holding project. From there the Prince’s party moves to Soufriere. He will arrive at the harbour to the sights and sounds of a St Lucian street festival, with traditional food and drink on offer at local markets stalls. Prince Harry will have the opportunity to meet members of the public, youth leaders and local school children, with a St Lucian band providing the soundtrack.

Prince Harry leaves the island Friday evening for St. Vincent and the Grenadines as part of his tour of the Caribbean which began on Monday in Antigua and Barbuda. He visited St. Kitts and Nevis before arriving in St. Lucia.