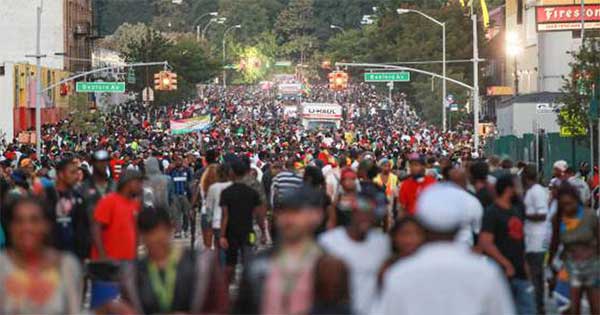 Please excuse my repetition, but I’m still hoping that someone somewhere would just come out and correct me by saying that Hillary Clinton won, and to also tell me that I was actually muttering whilst having a bad dream.

I was one of the millions who stayed up till the wee hours of the November 9 to hear the results, and as soon as it became evident that the mighty orange one had won, my thoughts immediately went over to the hundreds of St. Lucians who are living in the US illegally.

Now whilst many people are still reeling over Trump’s victory, I’m already looking to the future and trying to make sense of this nonsense.

There has been a media frenzy with foreign nationals airing their concerns over their future in the US, and of course, the main focus is on illegal immigrants who are seemingly on top of the list of Trump’s to-do list.

Jokes and parodies have been entertaining the masses albeit sending a stark and serious message of what just might be looming possibilities, ever since the results were official, but I wonder if people realise the gravity of this issue.

Whilst Trump might not get his way as easily as he initially thought he would, seeing that even his fellow Republicans see him as a dangerous abomination to their GOP, I get the feeling that Trump’s ginormous ego will see him get his own way just so that he could save face amongst his naysayers and his supporters alike.

In other words, immigration is his number one priority, but I foresee his ideas and methods being fought down at each end until he puts his big boys pants on and starts thinking rationally…you know, like an adult/leader of the free world should. And whilst he most likely will achieve his goal of mass expulsion, it will take a little while and in his words, “huuuuge” amounts of money…they will have to spend “bigly”, so the hysterical panic is not (in my opinion) necessarily warranted.

But anyhow, what does that even mean for St. Lucians here and there and St. Lucia itself?

Here’s a mild version of the scenario: Trump has vowed that he will immediately target illegal criminals. Now please don’t mistake that term for people who are staying in the country illegally, he is literally talking about people who are involved in crimes and criminal activities, and or people who are incarcerated…as long as they don’t have the legal right to stay in the US, he has vowed to find and deport them.

As for the fate of other illegal immigrants who are law abiding individuals, he has simply said “We’re gonna make that determination.” when it comes to their fate…in other words, we’ll see how it goes and how we feel at the time. Now I’m sorry to sound like a negative Nancy, but coming from a volatile (to say the least) “person” like Trump, that is nothing to get comfortable about.

Now picture this: you have lived in the US for your entire adult life or for decades…this is the place you call home and this man has now been given the power to take that away from you…I get the fear and worry, but if it’s any consolation…home is not as bad as you may think.

On the other hand, if you happened to be one of those persons who made no bones about your disdain for your homeland and your people because of news like certain crimes or because your party didn’t win the last elections, so you felt empowered enough to denounce St. Lucia or state that you are ashamed to be a Lucian, then *scoff* like Pringles and Kiedel Sonny said (in their viral social media video) “Come Home” and take what you get.

For these people, these that I just mentioned and them alone, I have zero sympathy.

Going back to implications, I bet you did not realise that we in St. Lucia are the ones who should be worried about Trump’s plan. I don’t know about you, but in my opinion, St. Lucia is already infested with criminals…what on earth are we going to do with that lot coming from the States with their newfound methods and sinister criminal minds?

God alone knows what these people were doing over there…you know, in that big ole country where serial killers and rapists are bred, where the drug game is on a completely different level to ours seeing that they have knowledge or deadlier and more addictive drugs like Heroin, Ecstasy, Crystal Meth etc…I hope that authorities and locals will not try to fool themselves into thinking that we can handle this.

This is the one issue that has me quaking in my boots over this twilight zone victory.

With that said, I am not calling or asking for this, I’m simply stating this very bleak and terrifying possibility, and I hope with my all that should this issue arise, the people of St. Lucia can rest assured knowing that they will be protected.

I would also like to tell them do not be so terrified about coming back to your home if this is the only choice you are faced with.

Trust me when I say that although readjustment might not be easy peasy, you just might be surprised to find that life here is less stressful, happier and all around better than it is over there…come back to the land of your birth.