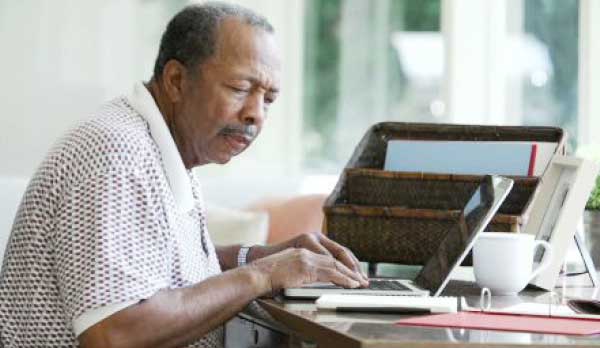 THE Eastern Caribbean Telecommunications Authority-(ECTEL), is moving ahead with plans for new legislation which will guarantee the citizens of its Member States the unhindered access to the products and services on the internet.

The new legislation includes provisions for supporting the policy of net neutrality, which is based on the principle that internet service providers should treat all data on the internet the same. Due to the increased number of over the top services and the growing trend for service providers to block these services, this principle has become very important to protect consumer’s ability to access all content on the internet. The principles of net neutrality have been included in electronic communications legislation in the European Union countries, the United States of America, Chile and Canada.

ECTEL’s net neutrality journey commenced with a public consultation which was conducted in all Member States between September and November 2013. Submissions were received from Lime, Digicel and Columbus Communications. As a result of these consultations, ECTEL was able to conclude that the principle of an open internet should be preserved and maintained, and that the practice of blocking websites potentially inhibits economic development and interferes with customers’ privacy rights. Moreover, to do so is in breach of the terms of the current telecommunications legislation and licences terms and conditions.

ECTEL will continue to pursue its policy position on net neutrality armed with the new Electronic Communications (EC) Bill which was recently approved by the ECTEL Council of Ministers. The Bill sets the framework for full public consultation on the development of regulations which will specifically address net neutrality.

According to ECTEL’s Managing Director Embert Charles: “The policy directive of the ECTEL Council of Ministers to support the principles of net neutrality was aimed at ensuring that there are no arbitrary impediments to accessing all types of information and services which are available on the Internet.”

He also stated that the mission is about increasing internet penetration. “Any consideration on the management of the internet must first be guided by the authority to do so. The task is best done by the regulator, armed with the relevant legislative tools. ECTEL will always as a matter of course engage all stakeholders in public consultation on new laws and rules for the electronic communications sector.”

Given the importance of net neutrality for the consumer the ECTEL policy determination also “strongly urges providers to utilize information transparency as a means of treating with the privacy issues that may arise. Given that the objective of information transparency can be undermined if the information is presented in a manner that the average customer cannot comprehend, or published in a place where the customer may not have ready access to, it is recommended that all Internet service providers provide consumers with coherent and readily accessible information on the broadband services that they offer.

Such information should speak to the terms and conditions for the provision of the service, the average speed that the provider intends to supply during normal and peak times, the type of traffic management practices employed, as well as the effect of these practices on the service and confidentiality of the consumer’s information.” The full text of the ECTEL determination of net neutrality is available on the website at <www.ectel.int>.

In addition to ensuring information transparency the policy is also guiding ECTEL in its efforts at strengthening the rules for competition in the electronic communications sector and reforming quality of service rules. The new quality of service regulations which have been approved by ECTEL, further reinforces the obligation on service providers to provide accurate and timely information to consumers and regulators.

Over the past few years, policy makers and regulators from Europe, the USA and other countries such as Chile and India have implemented rules to ensure that there are no barriers to accessing the internet. In some cases, there have been penalties imposed on operators and service providers who have breached the rules.

The ECTEL Managing Director said: “We must ensure that individual content developers, private sector investors and civil society always have the opportunity to share their innovations and content with the entire society.

“After all our regime is designed to ensure free and open entry, liberalization and the development of the electronic communications sector. Caribbean nationals are beginning to develop internet content which is relevant to the realities of our region. Basically, we want this new content to receive equal treatment by the network operators and ISPs,” Charles added.

ECTEL’s policy on net neutrality has been discussed at many regional seminars including the 32nd conference of the Caribbean Association of National Telecommunications Organisation (CANTO), and the fourteenth conference of the Organisation of Caribbean Utility Regulators (OOCUR). Government Ministers and policy makers throughout the Caribbean region have signalled that there will be no compromising on their support and promotion of net neutrality principles which are expected to be of immense benefit to consumers in all Member States.