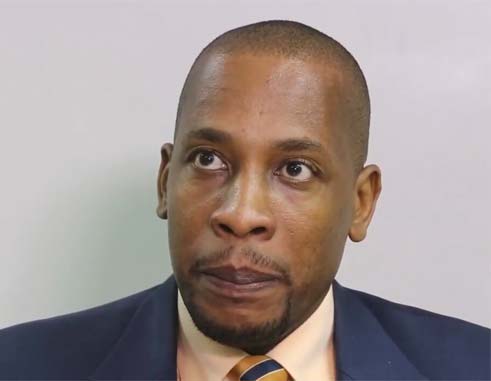 AS countries in the Eastern Caribbean Currency Union (ECCU) struggle to remain fiscally sustainable, they will be heartened to know that their dollar is very strong.

The good news about the dollar came from Timothy Antoine, Governor of the Eastern Caribbean Central Bank (ECCB) who last week visited St. Lucia as part of the bank’s outreach programme.

The governor, who met with the business sector, civil society, the credit unions, the media, leaders in the society both political and non political and other groups which have an impact on the society, said that every dollar in circulation has its equivalence of 98 cents in foreign reserves.

“I wish to confirm today that our currency is strong. As of last Friday we were backed by 97.8 percent,” Anthony said.

“The law requires that our currency be backed by 60 percent in foreign reserves,” he added.

“As a region, financially we are stable but we have some issues,” he said.

One such issue is that of non performing loans plaguing the currency union, even St. Lucia. For instance at the end of last year bad loans stood at 17 percent of all loans issued by the banks in the ECCU. In the case of St. Lucia that was 18.2 percent. That went down marginally to 16.9 percent for St. Lucia and 12.7 percent for the ECCU at the end of the first half of this year.

What this means, noted Antione, is that while economies in the ECCU are growing, albeit marginally or not at all for some countries, private sector credit is not growing, a situation that is worrying to the governor.

“For an economy to grow private sector will have to expand. Private sector needs to borrow money and invest so that they can create jobs and opportunities. At the moment private sector credit is still declining in the currency union. That’s a big concern that we have,” Antoine said.