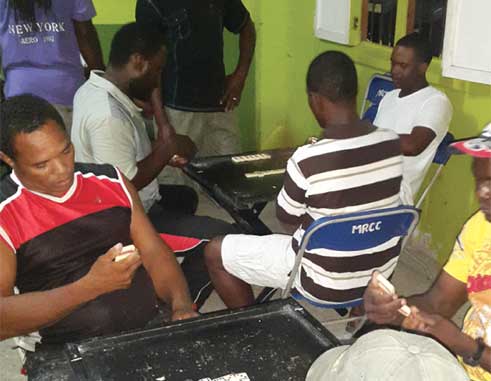 THE battle lines have being drawn in the Inter Commercial House Domino Competition with the staging of the Qualifier Eliminator round on Monday at the CT Club House in Castries.

From 6:30 p.m. Scotia Bank will take on Peter and Company / Smirnoff and Beach comber in what is expected to be a thrilling contest between the three teams as they vie for a quarter final spot.

In matches played on Thursday evening, in Group A – Sandals Halcyon with 66 points defeated Beachcomber on 63 points and LUCELEC on 59 points.

In Group B – Peter and Company / Smirnoff with 78 points defeated Ministry of Infrastructure on 74 points and Windjammer on 49 points.

On Wednesday, in Group A – Saint Lucia Fire Service and Caribbean Metals won by default over Sagicor General.

In Group B – Peter and Company / Dewars and M&C Home Depot won by default over Sagicor Life.