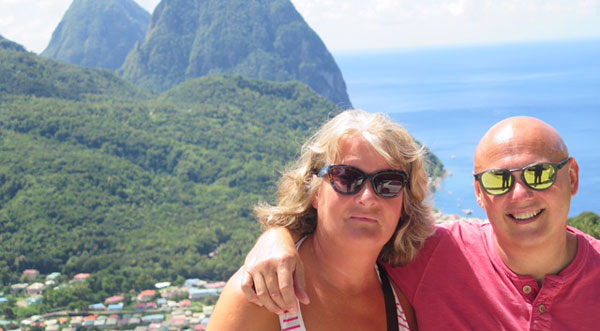 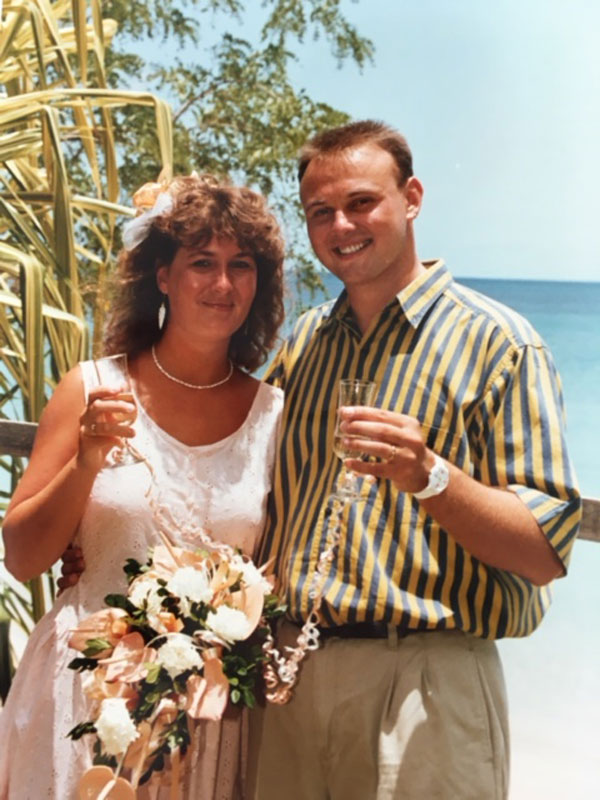 Ian and Margaret Curryer returned to The Royal in October after 25 years. They were the first couple to get married at The Royal back in 1991 and were also among the first guests of The Royal prior to its official opening.

Reflecting on their trip back in 1991, Margaret said: “As young teachers, we had never travelled that far away. We decided to come to St. Lucia as we had heard what a beautiful island St. Lucia is. At the time, we were thinking of getting married and we decided to see if it would be possible to get married whilst we were on holiday in such a fantastic setting. We booked to stay at The St. Lucian Hotel for three weeks and organized our wedding through the hotel after the mandatory 7 days on the island.”

She continued: “At the time, the Royal St. Lucian was nearing completion and had started to open on a phased basis. Before the date of our wedding came around, we were invited to move into the Royal St Lucian. We occupied a beautiful room on the first floor. Our wedding day, August 15,1991, was fantastic. The marriage service was held at the edge of the beach and we had our photos taken around the gardens, in the hotel, and even in the sea.” 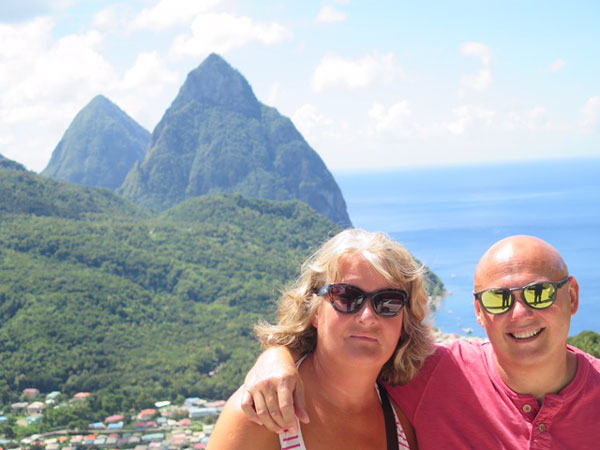 Speaking on their return to The Royal after 25 years, Margaret said: “We thought it would be nice to come back for a proper celebration. So we decided to come back and relive the wonderful memories of when we got married here and it has done the magic! It’s like a second honeymoon for us. We’ve had 10 days here to relive it all and reflect. The staff have been absolutely wonderful. They’ve treated us like royalty and we can’t thank Richard and his team enough.”

Of the island, they said: “We’ve taken photographs in some of the same places we visited 25 years ago. It has been a really special trip for us. It has brought so many wonderful memories back to life. St. Lucia has a very special place in our hearts. The people are super-friendly, the island is beautiful, the rum is good and the food is fantastic.”

On this return trip, Ian and Margaret were delighted to meet Valencia of St. Lucia Reps who made the arrangements for them to get married here 25 years ago. The Curryers remarked that The Royal remains as pristine as it was back in 1991. They, however, observed that there has been a lot of development along the Rodney Bay strip in terms of new hotels, condos and restaurants.

Ian and Margaret are the proud parents of two sons, Billy, 23, and Jack, 18. Billy works with a charity in Madagascar, while Jack has just started University in Hull. Back in 1991, Ian and Margaret were young teachers. While Margaret still teaches, Ian is now Chief Executive of the Nottingham City Council.

After an emotional farewell, Ian and Margaret are looking forward to returning to St. Lucia and The Royal soon.