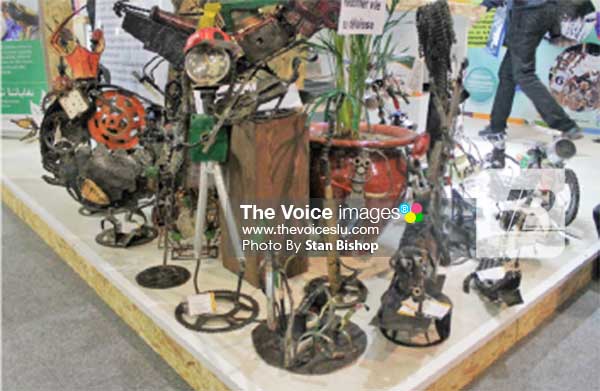 ONE would think that an issue as complex as climate change would be unattracted to the youth. But that’s definitely not the case with a team of 12 Chinese youth delegates making their voices heard at the Conference of Parties (COP22) now on in Marrakech, Morocco.

Jingyi Liu is a Youth Delegate with China Youth Climate Action Network (CYCAN), a non-profit and non-governmental organization that engage students on campuses across China to be part of the environmental work to combat climate change. CYCAN is the first organization in China to call on students at universities and campuses to focus on climate action and their members have been attending Conferences of Parties (COPs) since 2009.

Since being founded in 2007, CYCAN has been on a mission to inspire and guide green leaders of the youth demographic to take up the opportunities and challenges arising from the global response to climate change, energy revolution and environmental sustainability.

More than 500 colleges and universities have participated in projects conducted by CYCAN, which also has independent teams in Guangzhou, China, and New York USA.

CYCAN recently embarked on two projects, the first being a water mapping project whereby students at various campuses conduct water testing to ascertain the water quality. So far, CYCAN has been able to engage about 20 campuses that have eventually implemented this project and over 3,000 water quality samples have been collected.

“As a result of this project, we intend to put the information together online in the hope that it proves useful in research towards highlighting water quality issues in China and how to correct them,” Liu told The VOICE.

The second project aims at creating low carbon output at the various campuses across China. After explaining to the students what the importance of such a reduction is, CYCAN recruits students to join the project. CYCAN also provides them documentation, guidance and technical support to guide them ways on how to conduct the project.

“One of the first steps in this project is showing them how to make carbon emission calculations as well as conducting research on their respective campus infrastructure to determine what parts of those campuses can be altered to improve energy efficiency and reduce carbon emission,” Liu explained on Saturday. “Those results are then passed on to campus officials who can be guided as to the changes that need to occur. Quite often, some small-scale changes are needed.”

Liu believes that everyone should play their part to address the environmental issues facing humankind. Despite CYCAN’s efforts being very minuscule compared to what large corporate organizations can do, they are engaging the youth especially at events like the Conference of Parties to appeal to larger organizations to work on the youth’s behalf.

While conducting the studies, CYCAN also guides the students on how they can use the information regarding environmental values and environmental protection to create future careers in the field.

China and the United States account for a combined 38% of global emissions. In September, China announced that its People’s National Congress had voted to “review and ratify” the landmark Paris Agreement that needed to be ratified by at least 55 countries in order to take effect.

The Agreement requires China to reduce carbon emissions by 60-65% per unit of gross domestic product (GDP) by 2030, compared to 2005 levels, as well as boost its use of non-fossil fuels so that total energy consumption in that country is derived from non-fossil fuels.

According to the United Nations Framework Convention on Climate Change (UNFCC), 109 of the 197 parties have since ratified the Paris Agreement, including the United States. Liu believes her country’s decision to ratify the Agreement is an important turning-point.

“I think that the signing of the agreement in Paris last year and this year’s ratification of that agreement actually delivered a really strong message to the world, especially the youth, that the environment is a really important issue that my government wants to push forward so as to improve the living quality of people,” Liu explained. “I also think that the youth are more empowered to push that movement forward.”

She added: “We want to share our experiences so as to create a bigger network. China is a big country with many universities and we want to attract more of them to get involved. However, we also want to attract other organizations to become part of the climate change cause.”