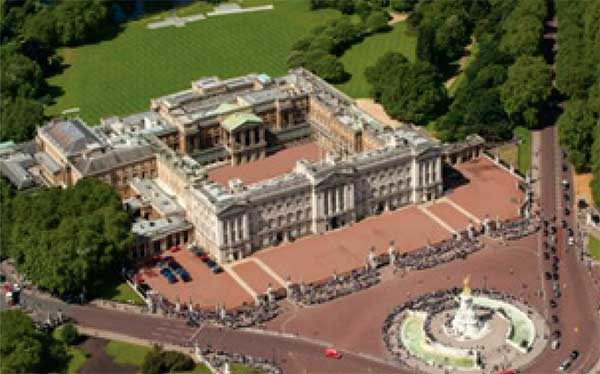 THE Queen is to be given £369 million of taxpayers’ money to carry out a 10-year refit of Buckingham Palace.

The cash has been approved by the Prime Minister, Theresa May, and the Chancellor, Philip Hammond, and is expected to be rubber-stamped by Parliament in the next six months.

The move is likely to prove controversial, coming at a time when public sector services are facing cuts and pay freezes as a result of the Government’s austerity drive.

But surveyors said that unless urgent work was carried out to replace ancient cabling, plumbing and other services, there was a serious danger of “potentially catastrophic building failure” in years to come.

It will also involve lifting 30,000sq m of floorboards, the equivalent of three-and-a-half football pitches.

The Queen, the Duke of Edinburgh and other members of the Royal family will remain in residence while the work is carried out between 2017 and 2027, but temporary accommodation will be built in the gardens of the Palace for some of the 37 staff who live there.

The Queen will, however, have to move out of her apartments for a period when they come to be refitted.

Each of the Palace’s four wings will be refitted one at a time, starting with the East Wing – the front of the Palace – enabling the building to remain fully operational at all times.

Solar panels will be fitted to the roof of the Palace to reduce bills in the long term, which will contribute to a projected £3.4m per year reduction in the cost of the Palace to the public purse.

Tony Johnstone-Burt, Master of the Queen’s Household, said: “Buckingham Palace is one of the most iconic buildings in the world, and this programme is designed to extend its working life by a further fifty years.

“On completion of the work, we’ll have a Palace fit for purpose until 2067. The programme addresses parts of the structure you can’t see from the outside: the plumbing, electrics and other essential building services which have gone six decades without a comprehensive upgrade.

“We take the responsibility that comes with receiving these public funds extremely seriously indeed; equally, we are convinced that by making this investment in Buckingham Palace now we can avert a much more costly and potentially catastrophic building failure in the years to come.”

David Gauke, the Chief Secretary to the Treasury, said: “These urgent works have been properly costed and will ensure the Palace can continue its centuries-long tradition of being the working house of our Monarch. We will ensure every penny spent achieves the greatest value for money.”

The work will be funded through an increase in the Sovereign Grant – the money given to the Queen which is based on profits of the Crown Estate.

The Queen currently receives the equivalent of 15 per cent of the profits of the Crown Estate – the monarch’s property portfolio which is now in the hands of the Treasury – but that will go up to 25 per cent for the duration of the work.
It means the Queen will receive £76.1m in 2017/18, an increase of £30m on what she was previously expected to receive.