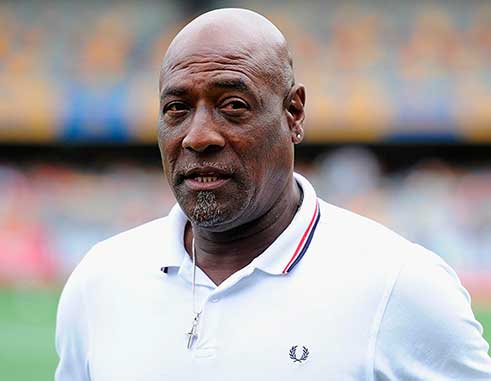 ST JOHN’S, Antigua, CMC – Legendary West Indies captain Sir Viv Richards believes the poor run of results in the current series against Pakistan could be a sign that tensions between players and the West Indies Cricket Board may be reaching breaking point.

The 64-year-old former batting star, who is covering the series as a television analyst, said the Windies players appeared out of sorts and this may be stemming from a strained relationship with the current administration.

“Everyone seems to be of the belief that the administration in some way has become totally dictatorial, and is not a process that I believe some of the individuals feel totally comfortable playing under,” Sir Viv told Observer Radio’s sports show here in a telephone interview from the United Arab Emirates.

West Indies players looked a shadow of themselves during the limited overs series against Pakistan.

“I don’t know whether this can go on for much longer, but it was just sad, to a degree, to see some of the guys who were not quite in it.”

West Indies are yet to win on the tour taking place in the United Arab Emirates, and have lost all eight games against Pakistan across all three formats.

They opened with a humbling 3-0 whitewash in the Twenty20 series – a format in which they are reigning World champions – and suffered a similar drubbing in the One-Day International series.

Currently, they trail 2-0 in the three-Test series, with the final game slated for Sharjah starting Sunday.

On the same day the squad departed the Caribbean for the tour last month, the WICB fired head coach Phil Simmons – a decision all-rounders Dwayne Bravo and Kieron Pollard said demoralised the side and led to the dismal performances.

Sir Viv, who has been critical of the board’s handling of cricket matters in the past, said it was evident during the limited overs series that players were disillusioned.

“I felt like what took place in the T20 [series] and the ODIs is that the guys were not here, meaning they were here [physically] but still not here [mentally],” he continued.

“There is a whole lot still going on in terms of administration, and it’s getting a little much in my view.”

He added: “For the success that we would have achieved in [the recent past] and the three ways in which we would have won in terms of the [Under-19 World Cup] and the ladies (Women’s T20 World Cup) as well, plus the men, we should have at least looked to push on a little bit.”

In an interview in Kingston last week, WICB president Dave Cameron doubled down on the firing of Simmons, contending no time would have been the ideal time to make the decision.