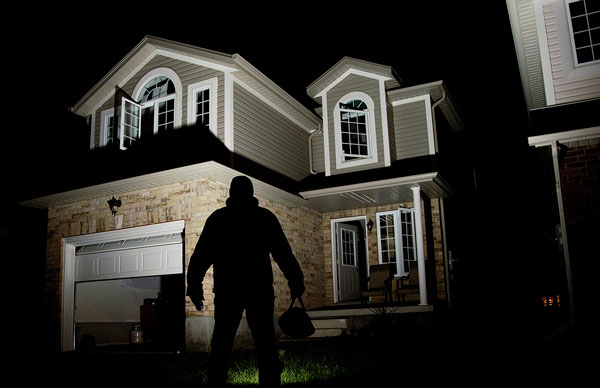 THE Royal St. Lucia Police Force has launched an intensive investigation into at least six burglaries that occurred within the city during the passage of Tropical Storm Matthew on Wednesday night.

A separate investigation is also ongoing following the discovery of a 9 mm handgun with two live rounds of ammunition during a police patrol on Thursday morning in the heart of the city’s business section.

The burglaries during the night of the storm occurred on Jeremie Street, Faux-a-Chaud, La Clery, Vide Bouteille and within the city’s main shopping centre. Also, burglarized were two residential buildings, three stores and one school.

Some of those who took advantage of the heavy rains and howling winds that accompanied Tropical Storm Matthew to carry out their criminal acts are now singing a different song today as “guests” of the police department, police say.

“A few persons are in custody for the burglaries that took place within the city’s shopping centre,” a police spokesman said yesterday, “and some of the items from a particular store were recovered.”

“One person’s home was searched and certain items recovered,” The VOICE was informed.

Hang Ten, a clothing store, was one of the stores burglarized. Some of the items stolen from there were recovered by police.

The Carmen Rene Primary School in Sans Soucis was burglarized by thieves who carted away a weed eater and other items. There were also reports that the National Skills Development Centre vat Bisee was also broken into on the night of the storm and several items taken away.

More searches were conducted yesterday by investigators who are also awaiting further reports from the burglarized establishments detailing what exactly were stolen.

The police on Wednesday had urged St. Lucians to stay indoors during the storm until the ‘all clear’ sign was given by the relevant authorities.

With all leave cancelled, except sick leave, from Tuesday night, police officers were in full force patrolling the cities and villages and assisting in clearing roads of debris, broken branches and other obstacles slowing the flow of traffic on the country’s road network during the night of the storm and immediately after its passage.

Police reported no casualty among its ranks. However, they noted that the police station in Dennery sustained damage due to water seeping into the building through its external walls.