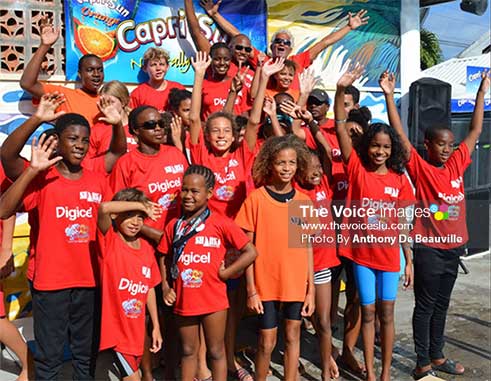 A total of 150 swimmers from six Saint Lucian clubs came together over the weekend for the 2016 Capri Sun Short Course/Organization of Eastern Caribbean States Time Trials held at the Rodney Heights Aquatic Centre.

The event has been dubbed a huge success by the organizers, with seven national records being broken.

The three-day championship was held in collaboration with the Saint Lucia Amateur Swimming Association, was also trial meet for the selection of Team Saint Lucia that will participate at the 26th edition of the OECS Swimming Championship next month in St. Vincent and the Grenadines.