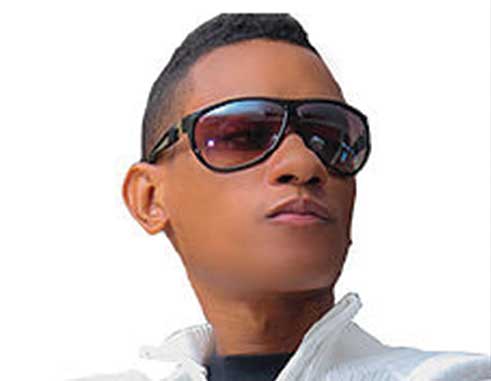 FOR the past 19 years, Laborie native, Keen Cotter, has been making musical waves and pushing boundaries that have sometimes surprised him. With close to 200 songs to his credit which he either wrote or co-wrote, the artiste most people affectionately refer to as “The Mecca” says he still has a great deal of sound waves left in him.

Cotter started his musical journey in 1997 when he stepped on stage for the first time and released his first single. He also had his first radio airplay that year. The fact that he was just 14 years old at the time did not deter the young artiste, whose moniker at the time was “Young Mecca”, which he has since changed. For him, adapting to change has been a key ingredient to staying relevant.

“I’ve always liked the name ‘Mecca’. While doing my own research, I came across the word which seemed to suggest ‘a central place’. However, another translation suggested that Mecca means the place the multitudes wish to visit. I started by using ‘Young Mecca’ but eventually decided to drop the ‘young’ part around 2013, mainly because there were a few people using the name ‘Young Mecca’ at the time. So I wanted to differentiate myself,” he explained.

Cotter recalls the numerous family gatherings where he would often deejay, much to the delight of his relatives. Back then, there were no turntables and CDs but, rather, audio cassettes. Whenever the youngster got wind of a family gathering approaching, he would record the top songs at the time on two cassettes so that he could “switch things up”, which often impressed those present.

He later took up the habit of listening to recorded music and writing down the lyrics, following which he would incorporate his own lyrics into the songs. That led to him delving into songwriting even deeper. Dancehall deejay, Beenie Man, was among his many musical influences at the time and he decided to become a musical maestro, too.

“In 1998, I had a studio in Laborie called ‘Rhymaz Inc.’ where my friend, Shepp Dawg, and I did much of our material. At the time, he was already doing his thing musically, performing at shows and so on,” Cotter said.

In 2001, Cotter and Shepp Dawg began releasing their own mix tapes featuring hip hop and dancehall music. At first, they were releasing at least two mix tapes per year. Under the Rhymaz Inc. umbrella, they have produced and released about six mix tapes to date. Cotter, however, has six solo mix tapes to his credit.

Back in 2011, Cotter began a campaign to push his music further, kicking off the “Mecca Mondays” whereby he would release a new track each week for an entire year. He ended up releasing 73 songs, 4 mix tapes and 6 music videos. His friend/producer, Sherwinn “Dupes” Brice, actually produced all but one of the songs in what Cotter described as “a beautiful year.”

“Prior to that, though, I was more hip hop than anything else,” the 33-year-old artiste tells me. “But from 2010 or thereabout, I started dabbling with electronic dance music (EDM). I just enjoyed performing and recording it more than just doing hip hop. I decided to fuse the two genres. So from 2011, I have been releasing EDM mix tapes and singles, such as ‘Flat Stomach’ and ‘Zoom Zoom’ (featuring Dupes and Shepp Dawg).”

The song, “Zoom Zoom”, was featured on three U.S. television networks while “Flat Stomach” was featured at a fashion show in Paris. Cotter has also teamed up with three-time Groovy Soca king, Arthur, on “Number One Hit” which was released earlier this year. The song was produced by Dupes. Other tracks by Cotter include “Hungover”, “I Walk Alone” and “Be On You”.

In 2010, Cotter received five nominations at the Underground Music Awards (UMA) in Bermuda. He eventually walked away with the People’s Choice Award. That same year, he performed at a charity event in Anguilla organized by a record label.

In 2015, Cotter and fellow Saint Lucian artiste, Christine “Chrycee” Charlemagne, did a musical tour of several cities in the United States. Since returning home from that tour, he has been working on new material which he intends to begin releasing from as early as next year.

“It’s the same The Mecca on the tracks but in a different element,” he said. “It’s more about embracing our culture. Right now, I still don’t have a fixed vision for the album in terms of its release date but there will be one coming out soon. But for now I’m focused on coming up with material.”

For now, Cotter has taken a break from performances to focus on songwriting and learning more about the job he has at the Eastern Caribbean Collective Organization for Music Rights (ECCO) Inc. Through his travels on behalf of ECCO, he has met music users and creators from all walks of life and his ability to consult with music creators and advise them is a major plus, he said.

“One of the things I’m most proud of is actually understanding the whole music business and not just making money from performances,” Cotter said. “With the knowledge I’ve gained thus far, especially from working with ECCO, I’ve been able to make the music work itself in different ways. I’m also able to understand performance contracts and speak to publishers and managers as well as advising other artistes.”

But one cold truth about Cotter is something that faces artistes squarely at some point in their lives: wanting to accomplish a dream so desperately that the odds seem so insurmountable. Even now when he listens to his music from back then he still hears and sees that lonely space he was in at the time.

“Back then, I was very depressed because I was unemployed,” Cotter reminisced. “So all I did was music, reading up on music equipment, the business itself and doing the best I could to make it. But when ‘Zoom Zoom’ was featured in three drama series on VH1, Fox and ABC Family, that’s when I really began to feel happy and started pepping myself up.”

Nevertheless, he thanked his fellow musicians who were sources of inspiration and friendship along his musical journey, especially Dupes and Shepp Dawg who were instrumental in him becoming an instrument for positive change in the island’s south.

“Whenever you stepped into the studio with those guys, there was just a feeling of love and creativity in the air. Each of us had a different element or vibe that we brought to the group. So working with them was always fun,” Cotter explained.

Through his music, Cotter hopes to bring some socio-economic hope to the island’s south, particularly his hometown of Laborie which, he said, has been left behind for years by policymakers.

“One of the things I wish for my country is that musicians don’t need to rely on a day job to make money but that they can live off of the proceeds of their craft,” Cotter, who was Saint Lucia’s 2009 Youthstar, said. “Hopefully, it will happen one day. Fortunately, I see that many of our musicians have been putting in the work and are actually full-time artistes.”

Cotter cited his tour of the U.S. with Chrycee as an eye-opener and intends to make good on the experiences he had there. But until that day finally comes when he can dedicate his time and talents to performing and touring full-time, Cotter says he is at least thankful for the opportunities he has been given thus far.

“In my first twenty years of music, I’ve done some stuff that I’m really proud of and accomplished many things. There’s still much more that I can do but I’m pretty much happy about what I’ve done so far,” Cotter said.