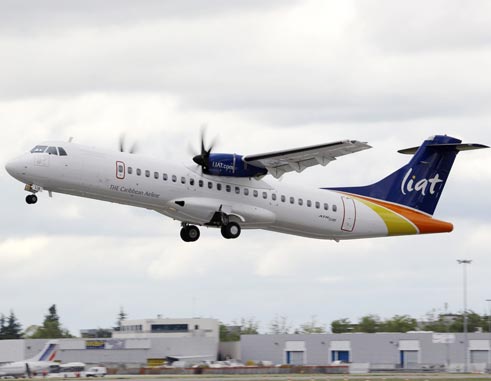 LIAT has denied claims by its pilots that it was engaged in stalling and delaying tactics in providing them with information about their retirement funds.

The pilots made the claim in a statement earlier this week. Yesterday, LIAT issued a statement of its own on the matter. LIAT’s Management categorically denied any wrongdoing.

It said: “The Pension Plan is currently the subject of four court actions and LIAT respects that the issue is sub judice, meaning that it should not be ventilated in the public domain. LIAT also adheres to the process for the resolution of grievances set out in the collective agreement which does not include the airing of such grievances in the public. LIAT cannot however remain silent where issues may be misrepresented to the public and as such it has felt it necessary to issue this brief statement.

“LIAT’s staff commenced contributions into a new plan for all employees in 2006 and by agreement selected CLICO as the deposit administrator. Most employees including members of LIALPA signed authorization forms for payroll deductions to be done. In 2009, due to the circumstances affecting the viability of CLICO, pension contributions to CLICO were discontinued and deposits were made into an escrow account. LIAT has worked with an actuary to draft new plan rules which have been shared with all the unions. The company’s position has always been that the plan should address the needs of all employees. In this regard, a Pension Working Group was formed of which LIALPA was a part. However LIALPA has repeatedly raised objections to every proposal presented. At various times LIALPA has indicated their desire to establish their own plan.

“LIALPA took action in 2014 to challenge LIAT’s action on the escrow account and this application for an injunction was dismissed. In the same year the Trustees of the plan sought guidance from the Court concerning LIALPA’s request to segregate and have their own plan. These matters and two others are before the courts awaiting hearings.

“All employees have been provided with annual statements up to December 2013 and employees will receive statements up to December 2015 by the end of October, 2016. An audit of the Pension Fund for the years 2006-2012 is completed and the audit for the years 2013 to 2015 is ongoing and will be completed before the end of this year. No court has found LIAT to be in breach of any Labour laws as alleged by LIALPA. LIAT has been in discussion with LIALPA and their leadership is well aware of the status of the audits. In this context, LIALPA’s calls for transparency and accountability are surprising.

“As a responsible employer, LIAT believes that a pension plan into which both the company and the employee pays monthly contributions, will be to the ultimate benefit of the employee as it would provide certain income on retirement. Some members of LIALPA have called for their benefits to be paid out prior to retirement and distributed to individual members which in effect will discontinue the plan and deny them this income on their eventual retirement. We will continue to resist such calls subject to any decision by the Court.

“LIALPA’s appeal to the public disregards the appeal it has made in four actions to the Courts whose role is to serve the public interest in fairness and equity”.