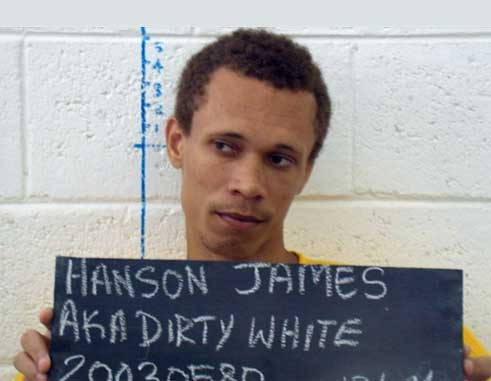 THE Royal St. Lucia Police Force is warning, citizens of the dangers of harbouring persons convicted of a crime following Hanson ‘Dirty White’ James escape from the Bordelais Correctional facility on Tuesday.

James was serving out concurrent sentences for stealing (four years) and gross indecency (seven years) and was due to be released in 2022 when he mysteriously disappeared from the correctional facility.

This is the second time James has managed to while in custody. He escaped at the Dennery Police Station in 2006.

A manhunt has been launch for his recapture. Undertaking that manhunt is the Special Operation Response Team at the correctional facility and the Special Service Unit of the Royal St. Lucia Police Force.

Bordelais officials have asked the public to contact their nearest police station with any information that could lead to the apprehension of James.

Meanwhile the police press relations office in its ‘Know your Law’ segment quoted the section of the Criminal Code dealing with harbouring or aiding convicted criminals stating that a person who knowing or having reason to believe that another person has committed or has been convicted of any crime, aids, conceals, or harbors that person, with the intention of enabling him or her to avoid lawful arrest or the execution of his or her sentence, or to escape punishment, is liable, if the crime is punishable with death or with imprisonment for 14 years or more, to imprisonment for 7 years, on conviction on indictment.

The police statement claimed that if the crime is an indictable offence other than that referred to above, the person harbouring the criminal could be imprisoned for 5 years, on conviction on indictment.

However, if the crime is a summary offence, then the person could be fined $1,000 on summary conviction unless the Court is of opinion that in the circumstances there should be no conviction or punishment owing to the trivial nature of the offence or other sufficient reason.