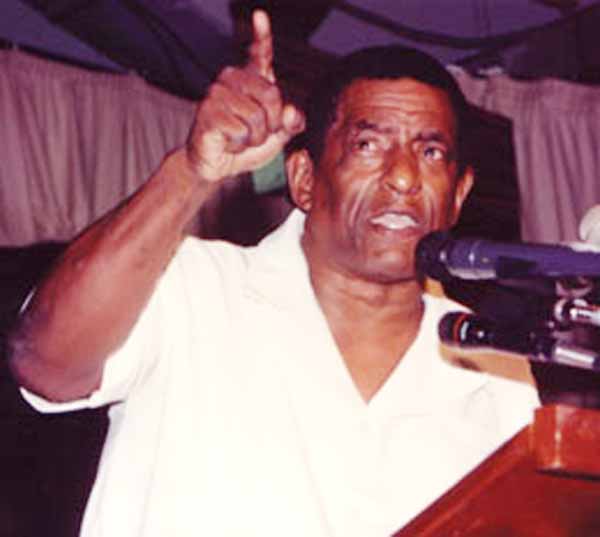 THE family of the late George Odlum and The George Odlum Memorial Celebration Committee wish to announce the second annual lecture for St. Lucian politician and minister of government, George Odlum, to be held on Wednesday, at 6.30 p.m.

The second lecture will be delivered by Mr. McDonald Dixon, poet and playwright, who with Odlum shared an untiring love for the arts. The title of Dixon’s Lecture is: “George Odlum: The man and the arts”

Coordinator of the lecture series, Jerry George, says this second lecture will touch on yet another area of Odlum’s expansive life and interests. He said: “We will continue to highlight the multi-sided talents of a complex man who did well in the service of the people of St. Lucia in niplomacy and public service, in the arts and in sports, especially.”

The lecture is open to the public.

This year the Committee also plans to launch an essay writing competition for secondary school students and to start planning for the 15th anniversary of Odlum’s passing in 2018.

This is the 13th Anniversary of Odlum’s death. He died after a short illness on September 28, 2003 and was buried October 6, 2003. There was also the customary church service in remembrance of George Odlum at the Minor Basilica of the Immaculate Conception, Castries on Monday, and a visit by family and well-wishers to Odlum’s gravesite.