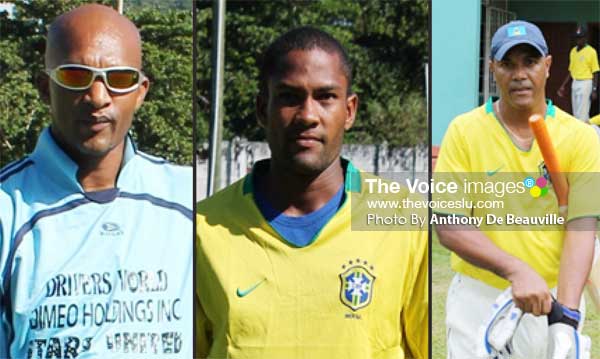 THE Police Commissioner’s T20 Cricket Tournament is continuing at the Mindoo Phillip Park.

On Tuesday Southern Division defeated Northern Division. The South batted first and made 212 for the loss of 6 wickets in their allotted 20 overs. Cyril Charles top scored with 132 as he blasted the Northern Division bowlers to all parts of the field. Walter Emmanuel chipped in with an aggressive 33 not out.

Bowling for Northern Division, MurgaranShoulette picked up 3 for 20 in 4 overs.

In reply Northern Division made a bold statement, but lost wickets at crucial intervals as they were eventually bowled out for 182 in 18 overs. Sheldon Thorpe top scored with 84, while MurgaranShoulette made 30.

Bowling for Southern Division, Walter Emmanuel bagged 2 for 20 in 4 overs.

In Game 2, played at the same venue Headquarters batted first and amassed 169 for 4 wickets in a match reduced to 15 overs.

For headquarters Ked Cadasse top scored with 69, Alleyne Prospere 37 and Alvin Prospere chipped in with 26 not out.

Bowling for Operations, Shervin Charles took 2 for 27 in 3 overs.

Chasing 170 for victory, Operation were bundled for a mere 56 in 9.3 overs. Shervin Charles top scored 14.

Bowling for Headquarters, Alleyne Prospere picked up 2 for 7 in 2 overs.

On Thursday, Operations played Northern Division while Police Headquarters went up against Southern Zone. There were no scores available on going to press.