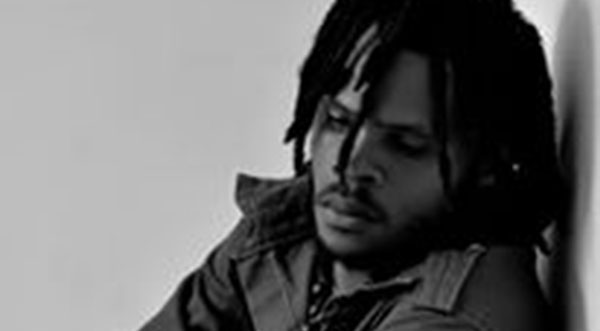 “The Real Vibe” from Soyah a.k.a. Son of Jah

Castries, St. Lucia – Cornwallis Production and Soyah are elated to announce the release of the debut album from Soyah entitled “The Real Vibe”, now available online.

“The Real Vibe” is arranged, mixed and mastered by the executive producer, Cornwallis. This reggae album speaks of the ups and downs in life’s journey that many people can relate to. We have released two singles on local and international radio. Having done two press reviews with local press, we also plan to do some consistent road promotion of the album, including a launch party.

Soyah and Cornwallis met at the sound diplomacy discussion based on taking the industry to the next level, which was hosted by the Trade Export Promotion Agency (TEPA).

Having the same passion and ambition to create good quality original music, we pioneered this project of which Cornwallis is producer and executive producer.

Soya (real name Jervais Antoine) is humble and most times quiet as he mediates on his lyrics. Always thinking one step ahead, the St. Lucian artiste seems destined for a future that will always speak “music”.

Born on January 17, 1986, Antoine was always a lover of music and has so far been doing well, making waves locally, regionally and internationally.

Known by his stage name Soyah, the recording artist and performer was raised in the area known as “Skate Town”, a small community in the northeast region of St. Lucia’s capital, Castries and attended the Corinth Secondary School.

Singing at church while growing up gave him some musical experience musically. However, he cites the music of Garnet Silk, Bob Marley and 2Pac among his early musical influences. These influences from his childhood soon became his mentors when at the age of 17, he and a few friends set up a sound system to explore the art.

He decided to name himself “Soyah” after the bean “soya” which he is known as by family and friends, altering the spelling, which is his acronym for “Son Of Jah”.

His debut performance, “Rastaman Book promo” at Guinness Freestyle in 2008 and “King of Kings” at Guinness Freestyle in 2009 gave him much desired exposure and increased his motivations to succeed.
This determined and musically-driven youth then performed “Within Yourself” at the annual Caribbean Youthfest in 2010, alongside colleague and fellow artist, One-Der Bzzy.

After a chain of outstanding performances at Starklass and UnityFest 2011 which featured Tarrus Riley and Etana, Soyah released the hit single “Mo’ Money”, the collaborated single with JVee of the “Track Slammers” on June 5, 2012 on The Wave, 94.5 & 93.7 FM St. Lucia and again on November 2, 2012 on Hot FM 105.3 & 96.1, where he was granted an opportunity to perform at their 10th annual “Love Fest” , lighting up the way for recording/performing artists Tommy Lee and Mavado on December 8, 2012.

He has no reason to stop what he is doing but to continue pursuing his dreams. He is now recording with CW Productionz and finishing his first album, “The Real Vibe”.