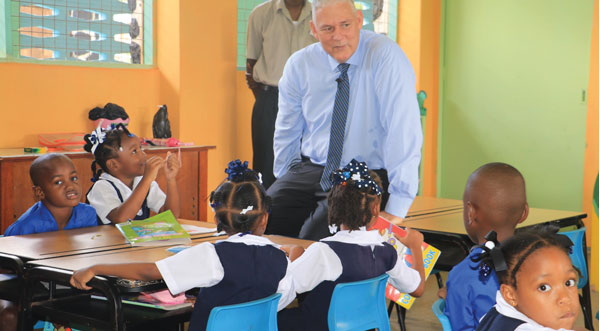 As the new school year started this week, students of the Ciceron RC Combined got a welcome surprise on Thursday as Prime Minister Allen Chastanet made an impromptu visit to their school.

The Prime Minister took time out to speak with the principal of the school and opened up to students about government’s plans to advance and improve all schools on the island in order to create a better learning environment.

“I wanted to see how you guys are settling in since the new school term has begun,” said Prime Minister Chastanet to the excited Grade 6 and Kindergarten students. “I also wanted to talk to you about our plans to make your school a better and more comfortable place.”

The Prime Minister spoke to the students about empowering them for the future by making sure they have the tools and skills for the competitive world. He spoke about technological advancements that would be introduced to schools while also highlighting plans for developing sports and having dedicated coaches.

“If you want to be competitive in the world, you have to make sure you are well-versed in all aspects, whether it be English, Math or Technology,” said the Prime Minister.

Students also had the opportunity to put their own questions to the Prime Minister and they were by no means easy on him. The Prime Minister got quizzed on Value Added Tax, sports and education.

The Prime Minister took more questions from students before letting them get back to work. He thanked the principal, teachers and students of the school for their continued hard work.

School principal, Mr. Martin Hippolyte, said he and the teachers felt very privileged to have the Prime Minister single them out for a visit. Mr. Hippolyte told the Prime Minister about the challenges the school faces and was pleased to learn firsthand about plans to enhance technology and sports.

Prime Minister Chastanet promised to return to the Ciceron RC Combined and to address some of the challenges that the school and all schools are facing. He also has plans to do an island-wide school tour later this year. 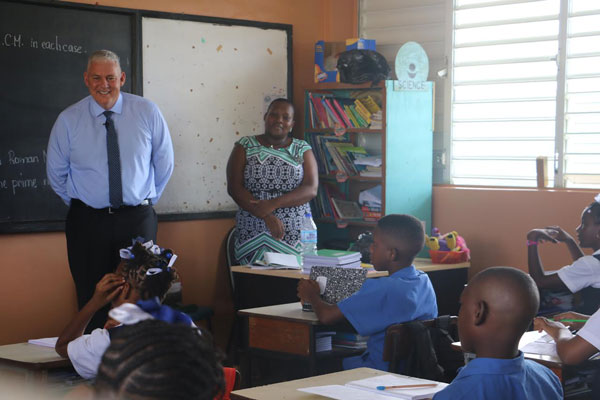 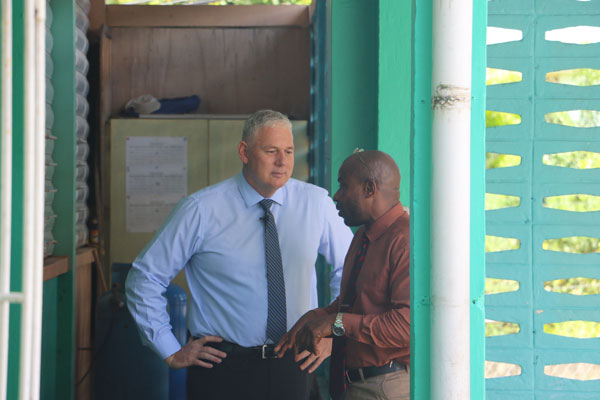