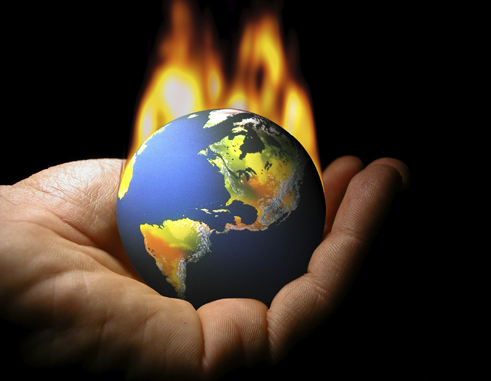 By Wayne Lewis, Press and Information Officer,
Delegation of the European Union to the Eastern Caribbean

Last December, 195 countries gathered in Paris to negotiate a new global climate agreement under the United Nations Framework Convention on Climate Change (UNFCCC). The result – the first-ever universal, legally binding global climate deal – sets out a global action plan to put the world on track to avoid dangerous climate change by limiting global warming to well below 2oC. To further underline their determination countries also agreed to pursue efforts to limit temperature increase to 1.5oC, which was the target of the Caribbean. Now, 10 months on from that historic outcome, the European Union (EU) remains proud of the ambitious Paris Agreement and St. Lucia should be too. However there is no room for complacency after the success of the Paris Conference; for the vision of a global low emissions future to materialise, our attention needs to turn to putting our words into action.

Already this year, we have seen encouraging signs that our partners around the world are keen to maintain the unprecedented political momentum in support of climate action. More than 180 countries have now signed the Paris Agreement and 27 have completed their domestic ratification procedures and become Parties to the Agreement. We congratulate St. Lucia on the leadership shown in being one of the first countries to ratify the UNFCC.

However, ratifying the Paris Agreement will not deliver the necessary greenhouse gas reductions, adaptation action and financing. Equally important is implementation.

The EU and its Member States are taking concrete implementation very seriously. We are moving forward with our ambitious domestic climate policies, with new proposals that will help us meet our emissions reduction target of at least 40% by 2030 and further drive the transition to a low-carbon economy.

The EU has more than two decades of experience in developing and implementing ambitious climate policy, but we know that many of our partners are doing so for the first time. We stand ready to share our experience and lessons learned for the benefit of others – in fact we already have extensive climate policy co-operation with some of our key partners. We are committed to supporting St. Lucia and other climate-vulnerable nations to develop national climate plans and make the transition to low-carbon climate-resilient economies.

As well as developing long-term climate strategies, there are actions we all need to take now. In just a few months, countries will gather in Marrakech, Morocco to start to add the technical detail to the breakthrough political agreement in Paris. Building capacity to act, addressing loss and damage associated with climate change and setting out a roadmap to reach climate finance targets are just some of the issues on the table. Before then, countries will also aim to reach multilateral agreements on limiting aviation emissions and phasing out highly climate warming gases used in refrigeration and air conditioning.

Paris was a defining moment in the safeguarding of the planet for future generations. We must maintain that momentum in the months and years ahead, because the prize is worth it: lower emissions, greater energy security and energy efficiency, innovation-driven growth. There is a lot of work to do, and we look forward to continued partnership with St. Lucia.