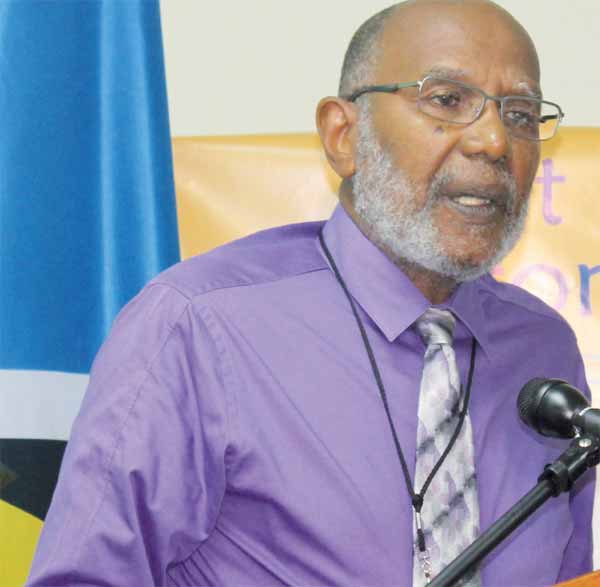 ST JUDE Hospital (SJH) celebrated 50 years of providing healthcare services to the people of St Lucia with a church service yesterday at the George Odlum Stadium.

The hospital’s golden jubilee allows the institution to reflect on the many trials and achievements that have punctuated its history. The theme for the anniversary was “Celebrating 50 Years of Dedicated Service, We Fall, We Rise, We Thrive”.

SJH was formally opened as a Charity Hospital on September 5, 1966 by Mother Irma and the Sisters of the Sorrowful Mother, a Franciscan religious order based in Oshkosh, Wisconsin, USA. This was done under the auspices of the Roman Catholic Church.

Patient care was initially given at no charge. The hospital was staffed during its initial phase primarily by volunteer doctors, technicians and others from the United States and other countries.

Since the passage of the St. Jude Hospital Act No. 7 by Parliament in 2003, the hospital has been managed by an independent Board of Directors. The Government of Saint Lucia partially subsidizes the hospital with an annual grant that is used to pay the salaries of hospital employees. The hospital relies on revenues generated by patients and donations to meet operating costs not covered by the governmental subsidy.

On September 9, 2009, St Jude Hospital was destroyed by a devastating fire which forced its evacuation to its current temporary location at the George Odlum National Stadium.

SJH nonetheless continues to make major contributions to the provision of health care in St Lucia despite being housed in less than ideal conditions. It is after all the major health care institution responsible for providing health care to the entire southern half of the island inhabited by forty-two percent (42%) of the population.

St. Jude Hospital is also the key hospital in providing support to Hewanorra International Airport. In 2015, St Jude provided care and treatment to over forty-two thousand patients and delivered 694 babies.

Chief Executive Officer, Dr. Chierry A. Poyotte, stated that these statistics are indicative of the resilience and hard work of the St. Jude Hospital staff who continue to work under difficult and extremely trying conditions.

The celebratory church service was one of a number of activities that have been planned to commemorate this milestone anniversary. St. Jude Hospital will also host a gala dinner and reception on October 28, which is celebrated as the Feast of St Jude.