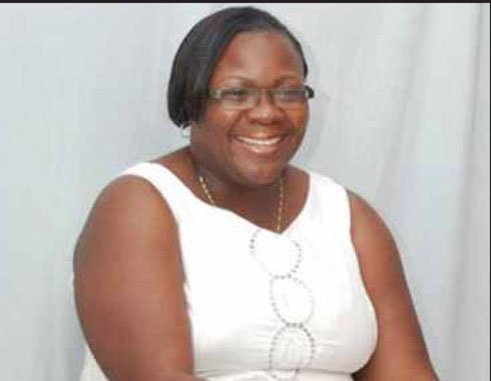 THE departments of government that deal with human and social services, and social justice have been warned to improve their performance or else be prepared to build another prison.

‘Raise Your Voice,’ the group which advocates for the rights of women and children, made the grim declaration yesterday.

Catherine Sealys, a group member said that construction of another Bordelais prison in St. Lucia was not far-fetched seeing the failure of the human and social services of the country to properly handle the several cases of child neglect, abuse of women and children, domestic violence and other forms of violence targeting women and children.

The group, which has led a public protest march against violence against women and children and made public pronouncements and television appearances employing government to do more to bring successful endings to the several social cases needing intervention, says it will hold government accountable in its social work programme for the country.

“We are going to hold them accountable. We know accountability is a huge problem in the social services department and in the country; but we are serious about the government services providing the type of care needed for disadvantaged women and children, abused women and children and those who need the services that are provided by the various departments of government,” Sealys said.

The group on Tuesday met with Lenard Montoute, Minister for Equity, Social Justice, Empowerment, Youth Development, Sports, Culture and Local Government; Permanent Secretary, Donovan Williams and Director of Human Services, Elizabeth Lewis to discuss the many issues citizens accessing the social services encounter and how best the government can improve access to its services.

“We felt it necessary to bring forth all our concerns to the authorities. And our concerns are many,” Sealys said in an interview with The VOICE yesterday.

Social and human services in this country have been trying to get a handle on the cases of domestic violence and other abuses perpetrated on women and children and men, to some extent, for quite some time but somehow manage to give the impression of losing out.

Questions are now being raised as to whether the duties/tasks of the government department of Human Services and Family Affairs are actually being performed adequately enough as more and more people needing the type of assistance provided by the department, appear to have given up hope preferring to air their problems in the media in the hope of drawing attention.

Director of Human Services Lewis was not available for comment yesterday as she was out of office for the entire day. However, she has been vocal about a number of cases the department has had to deal with over the years and its lack of manpower and resources.

Sealys explained that while her group thanked the Minister, the Permanent Secretary and the Director of Human Services for the recommitment to ensure that all who need access to the required services, will be served with the utmost dignity, it expected to see an improvement in delivery of such services.

“We expect to see tangible progress within the coming weeks from the human and social services department of the government,” Sealys said.

She added that while her group will continue to offer its support to the Ministry for Equity, Social Justice, Empowerment, Youth Development, Sports, Culture and Local Government to create a more equitable and just society, certain institutions created to house abused, neglected and wayward youths should either be better staffed or closed down permanently.

One such entity targeted for permanent closure by the group is the Boys Training Center at Massade, Gros Islet. According to Sealys too many “inhumane things” are happening there for the place to remain open as a shelter for wayward, rebellious or deviant boys.