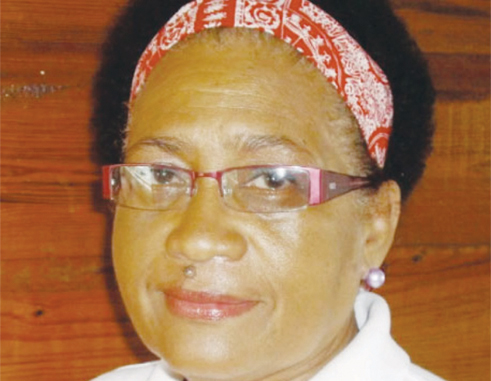 THE St. Lucia Red Cross is gearing for their second annual 7K Fun Walk and is appealing to the public to come along to tackle the rising issue on Non-communicable Diseases whilst having fun.

Director General of the SLRC, Terrencia Gaillard sat with The VOICE to speak about the upcoming event which will take place on November 27.

The walk consists of a precisely calculated distance of seven kilometres and will commence at the Castries Comprehensive Secondary School and culminate at the Ramp in Rodney Bay.

The main purpose of the walk, according to the Director General, is to encourage healthy lifestyles and to raise awareness of NCDs.

She said: “You hear all over the place that people are dying from diabetes, heart problems and high blood pressure. So we are encouraging people to exercise and to do it in a fun way where it will not be as taxing on you. It’s not a very long walk, it’s only 7K, so come out and do a little exercise.”

Gaillard said although this is only the second year holding the event, the Red Cross is intent on making it an annual affair.

She said although last year’s event consisted of less than 200 participants, she is hoping that this year’s attendance will be greater as they will be catering for at least 300 participants.

Why 7K? Gaillard said: “We have seven fundamental principles that we live by, so it’s 1k for each principle. Last year, we celebrated the 60th anniversary of the principles, so it’s all part of highlighting them”.

• Humanity – The International Red Cross and Red Crescent Movement, born of a desire to bring assistance without discrimination to the wounded on the battlefield, endeavours, in its international and national capacity, to prevent and alleviate human suffering wherever it may be found. Its purpose is to protect life and health and to ensure respect for the human being. It promotes mutual understanding, friendship, cooperation and lasting peace amongst all peoples.

With mention of the principles, Gaillard took the time to clear up a common misconception that many have of the Red Cross.

The Director General said people don’t realise that the Red Cross is not a Non-Governmental Organisation (NGO) and that they are in fact an auxiliary society to the government.

Gaillard said the Red Cross works side by side with the government as opposed to competing with them for funds and resources.

She added that the Red Cross became a National Society through an Act of parliament and so they serve at the beck and call of the government, rendering the service when and wherever it is needed.

Registration for the second Annual 7K Fun Walk costs $20 and is available at the Red Cross Headquarters in Vigie. However, members of the Red Cross will be visiting different communities to spread the word as well as to encourage people to sign up.

T-shirts will be provided as well as refreshments at the end of the walk.