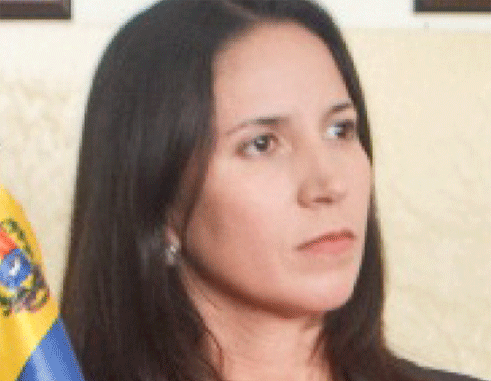 VENEZUELA’S Ambassador to St. Lucia, Leiff Escalona says that efforts by opposition parties in the country to destabilize peace and prosperity there and in the region will not succeed following the thwarting of a coup plot last Thursday in Caracas.

The country’s socialist government last Friday said it foiled plans by the opposition coalition to overthrow the government of President Nicholas Maduro.

A massive protest march took place in the country’s capital the day before with protesters demanding a recall referendum to remove Maduro from office.

The protest march drew hundreds of thousands of supporters of the opposition coalition, a move dubbed “Takeover of Caracas.” However, its objectives were not fulfilled.

Ambassador Escalona said that the move to overthrow President Maduro failed due to supporters of Maduro’s government also taking to the streets in even larger numbers to show their support for Maduro and of the government’s awareness of the plot to destabilize the country. Therefore, it was able to take certain actions to foil the intended rebellion.

“Unfortunately, the international media showed only one side of the situation in Venezuela. This has always been the case,” Ambassador Escalona said.

Speaking to reporters Friday at the Venezuelan Embassy at Vigie, Ambassador Escalona noted that her country had lived through many acts of terrorism and will not allow terrorism to take root there.

“We have seen what it (terrorism) can do; we will maintain peace, order and democracy,” she said.

She added that the antics of the opposition coalition were to force the authorities to accede to the ongoing process of a recall referendum on President Maduro this year.

This referendum, she said, cannot take place this year, as to do so would be unconstitutional.

The schedule for a recall referendum was announced on August 10 by the National Electoral Council president, Tibisay Lucena. The next stage of the process is supposed to take place from October 24 – 30 which is collecting 20 percent of signatures from 3.9 million registered voters.

In a release issued Friday, Ambassador Escalona noted that under the Venezuelan constitution, a recall referendum must be held this year for new presidential elections to be triggered. However, the far-right opposition did not begin gathering signatures in support of the referendum until May.

Further, the National Electoral Council announced that the vote could happen in January 2017 at the earliest; however, this means that if Maduro is removed from office in a recall vote, he would be replaced by his vice-president.

According to the release, the initial petition was submitted on May 2 when proponents of the referendum collected signatures from one percent of registered voters to satisfy the first step in the referendum process. However, it turned out that the Council from that 605,727 of the submitted signatures were invalid due to widespread irregularities, including signatures from deceased and non-existent persons and minors.
Ambassador Escalona said that what happened Thursday in Venezuela pointed to 2014 when opposition supporters took to the streets. However, this time around the government was able to stop the violence that was planned by arresting several activists and seizing several weapons and explosives, all of which were pointing to plans to overthrow the government.

In February 2014, a protest march calling on the Maduro government to exit office took place. There were attacks on the headquarters of the Attorney General, patrol vehicles of the State Security agencies were set on fire and destroyed. That same year, there were attacks on government buildings and other important government funded facilities. Several people died during these acts of violence.