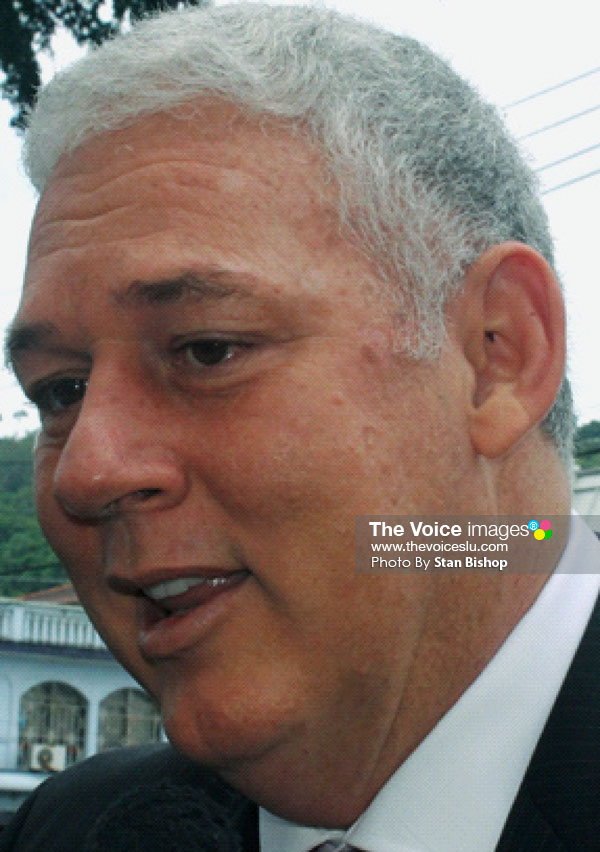 Denies Prince Harry Will be Staying at His Hotel

IN a rare moment of anger and frustration, the Prime Minister lashed out at a member of the local media after he was asked to address the rumours surrounding the accommodations of Prince Harry for his upcoming visit.

Ever since reports were made two weeks ago about the young royal’s official visit to the island on behalf of his grandmother Queen Elizabeth II, rumours began to circulate that the prince, who is fifth in line to the British throne, would be accommodated at Coco Palm Hotel the duration of his stay.

On Monday morning, shortly before a cheque presentation at the Office of the Prime Minister, members of the local media approached the PM to question him about a myriad of current affairs.

Chastanet calmly and candidly addressed each issue as they were posed, until the topic of Prince Harry arose.

Upon being asked whether there was any truth to the rumours, a visibly agitated PM fired back by asking the inquiring journalist whether he had made any phone calls to Coco Palm Hotel to make such inquiries.

When the journalist responded by saying he did in fact make phone calls and that the hotel did not make any confirmations regarding the Prince’s accommodations, the PM immediately retorted and accused the journalist of lying.

Chastanet categorically stated: “Coco Palm is not even open in November. The Prime Minister’s Office has nothing to do with the Royal visit…That is something that’s done through the Governor General’s Office. Furthermore, the Prince is staying on his boat. You all know me long enough, I was the Minister of Tourism for five years, so I would never ever interfere or cause my former company to be involved in that and nowhere in the statement was it made that this happened.”

Following this announcement, Chastanet went on to give the journalist a piece of his mind whilst the cameras were rolling. “Now I’m embarrassed for you, and I’m ashamed of you as a journalist because it’s something that was so easy to rectify. And I think that actually in fact what you did was malicious! Thank you very much!”

And just like that, the interview was abruptly ended and the Prime Minister angrily walked away, despite other members of the media trying in vain to ask him other questions, and the journalist asking him to clarify his claim of malice.

The details of Prince Harry’s visit are yet to be disclosed; however, the 31 year old will be touring the island and other Caribbean countries, including Guyana, St Kitts and Nevis, St Vincent and the Grenadines and Barbados. This will be Prince Harry’s first trip to Saint Lucia.