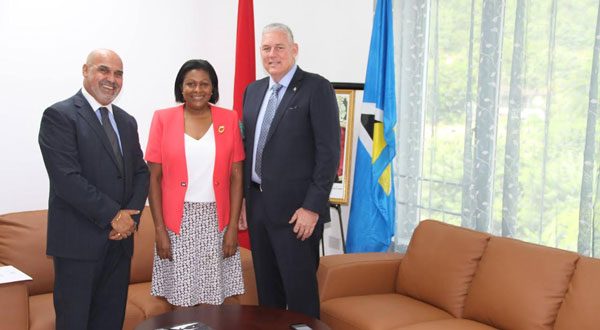 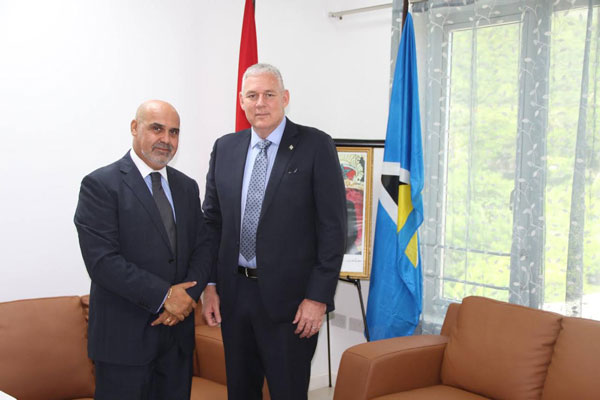 Thursday, September 15, 2016 marked the conclusion of the tour of duty of Ambassador Plenipotentiary and Extraordinary of His Majesty the King of Morocco to Saint Lucia, His Excellency Mohammed Benjilany. The Ambassador began his term of office in Saint Lucia on February 14th, 2014.

Prime Minister Allen M. Chastanet, along with Minister in the Ministry of External Affairs, Sarah Flood-Beaubrun, met with Ambassador Benjilany on Tuesday, September 13, 2016 to express gratitude for the period of cooperation between the two countries, which is expected to continue with his successor.

Diplomatic relations between Morocco and Saint Lucia were established on March 9, 1988. In 2013, a multi-sectoral Moroccan delegation conducted a tour of the Caribbean region after which a cooperation roadmap was signed with Saint Lucia on February 9, 2013.

The negotiations leading to this cooperation programme have given priority to developing the capacity of both Saint Lucia and Morocco to support the implementation of various projects on the island. Currently many activities have been conducted in sectors such as agriculture and in the exchange of expertise.

This cooperation is expected to be strengthened further considering the excellent relations existing between the two countries.

The arrival of a new Ambassador is expected soon. ‘ 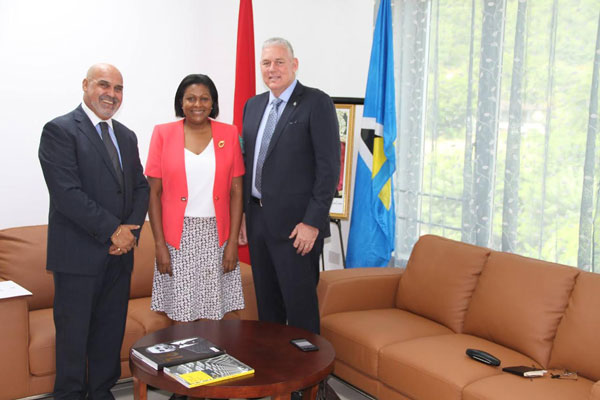